The detectives are called to the scene of a burned-up loft. The fire chief notifies Stabler that there is a body inside and the victim was dead before the fire. There is also evidence of rape.

The victim is identified as 25-year-old Jenna Ludlow. Evidence shows she was bludgeoned to death before the fire was set. Warner agrees to check the corpse for bodily fluids from the rape.

Jenna was a personal stylist who advertised her services on a website. Her bank records show that she was not a very successful stylist but she was receiving huge checks from the country of Lichtenstein. The detectives investigate further.

Stabler and Benson suspect that Jenna had a sugar daddy who raped and murdered her when he wanted to end things with her. Munch discovers that Jenna was also writing big checks to a local new age therapist.

Jenna's therapist is shocked to hear of her death. She tells detectives that she cannot talk about Jenna's private sessions. She "channels" Jenna's angels and then tells detectives they can go to the commodities exchange in search of a man named Pierson.

The detectives go to the commodities exchange to find Pierson. They discover his full name is Pierson Bartlett, and he is one of the most powerful coffee traders in the world. He is saddened by the news of Jenna. He says he got to know her when she became engaged to his son, PJ.

Pierson says his son is in Brazil on business. Records show the Bartlett private plane is in Brazil and has been parked there all week. Warner lets the detectives know that Jenna must have known she was pregnant; she was taking prenatal vitamins at the time of her death.

Stabler and Benson find out that Jenna had consensual sex the night of her murder but the person who killed her staged a rape scene after her murder. Stabler still wants to question PJ for the crime.

Fin alerts the detectives to the fact that Jenna had a very shady past. As a temp, she never worked for a company longer than two months. Stabler suspects that Jenna only worked at companies long enough to try to snare a rich husband. When there wasn't an opportunity, she would move on. Jenna was also a wild party girl, which tended to scare away potential suitors.

Stabler and Benson wait for PJ's plane to land. They run into Pierson waiting, too. Once he lands, PJ hands over his passport and wants to know why he's being questioned. Stabler sees that Pierson's last passport stamp was from Aruba and not Brazil.

The detectives want to charge Pierson with obstruction of justice, but Novak worries that will ruin her murder case. She is afraid the father and son duo will just lawyer up and neither one will admit to anything. Pierson and PJ agree to be questioned while at the station in order to avoid the humiliation of doing it at their workplace.

While Munch does his best to keep interrogating Pierson and PJ, Stabler and Benson go sifting through evidence left at the fire. A charred document is brought to their attention; it's a prenuptial agreement, signed by both Jenna and PJ. Back at the station, PJ admits that Jenna went crazy at the idea of a prenuptial agreement, but later signed it.

PJ told Stabler that after Jenna's death, his father bought him a ticket to Aruba and knew the private plane in Brazil would give PJ an alibi. PJ swears he had no idea Jenna was dead at the time. The interrogation is cut short when PJ's attorney Avery Hemmings, a friend from college, shows up and tells him to not say another word.

Warner admits she jumped the gun when testing Jenna's fetus. The baby wasn't PJ's, but belonged to PJ's father, Pierson. After PJ gets the news, he violently attacks his father and the detectives break up the fight. The two men are then driven to the hospital.

New evidence surfaces showing that Jenna knew about a top-secret coffee plantation purchase that Pierson had planned on. Novak believes Jenna tried to blackmail the father and son and instead she ended up murdered. Novak charges PJ and Pierson with conspiracy to commit murder.

At trial, Novak brings evidence forward proving that at the time PJ proposed to Jenna, she wasn't yet pregnant. PJ is hurt to find out Jenna was lying to him about being pregnant at the time. Novak also states that after running DNA tests on Jenna's body, other tests showed that PJ had immobile sperm. That meant if Jenna wanted a piece of the Bartlett fortune, she had to get pregnant by Pierson. PJ denies murdering Jenna, but begins to question his father's motives.

After nine days of deliberation, the jury is still hung and a mistrial is declared. Novak finds out there was only one juror who believed in the Bartletts' innocence and because of her, the jury was hung. Novak also finds out the juror, Debra Jackson, is a single mom with a disabled son. Novak decides to pay Debra a visit.

Novak tells Debra she checked her bank accounts and discovered she'd deposited a total of $50,000 during the trial. Debra tells Novak she is facing foreclosure on her home and was desperate at the time. She tells Novak she had no choice but to take the money to throw the case. Debra says a P.I. by the name of Roger Frone was the man who gave her the money.

Stabler and Benson discover that Roger is an old employee of Pierson's, who got fired four years ago. Pierson denies any involvement with the bribery. The detectives admit that Roger went on the run and they cannot locate him. As soon as Pierson and his lawyer leave, Benson walks in with new information. Roger's hard drive contained pictures of PJ with all sorts of beautiful women. Somebody was paying Roger to spy on PJ's love life.

PJ tells the detectives he believes his father murdered Jenna. Stabler and Benson go to Pierson's office, armed with a search warrant. Avery meets them with an injunction to stop the search.

Once Stabler and Benson return to the station, Cragen informs them that Pierson is turning the tables and implicating his son as the murderer of Jenna. Novak knows that if both men are flipping on each other for the crime, there is no way she will get a conviction.

Stabler thinks there is something he missed while watching Jenna's Internet commercial. He watches closely and notices that she filmed the commercial in her bedroom. The detectives go back to the charred loft to search Jenna's room for clues they might have missed.

Stabler and Benson find a hidden SD card with footage of her trysts with PJ and Pierson. The detectives realize Jenna must have been blackmailing the men for more money, which eventually led to her murder. There is also one more SD card in the hidden camera found in her bedroom walls.

Benson and Stabler show PJ and Pierson the video footage. They are both shocked Jenna videotaped their love-making sessions. Avery begins to get nervous and tells Benson to shut the video off. Benson refuses and Avery stomps out. Benson fast forwards the video to the moment of Jenna's murder. Both men watch as Avery is seen on the screen, confronting Jenna. She calls Jenna a whore, then Jenna flashes her engagement ring from PJ. Avery grabs Jenna's nightstand lamp and bludgeons Jenna to death.

PJ and Pierson tell the detectives to go after Avery, who can't get far since the building is on lockdown. Benson and Stabler rush to the roof to find Avery threatening to jump. She admits she had PJ followed by Roger to prove that the women in PJ's life only used him for money. When PJ tries to talk her down from the ledge, she declares her love for him and forces him off the ledge with her. The two die instantly and Pierson is left to mourn his son. 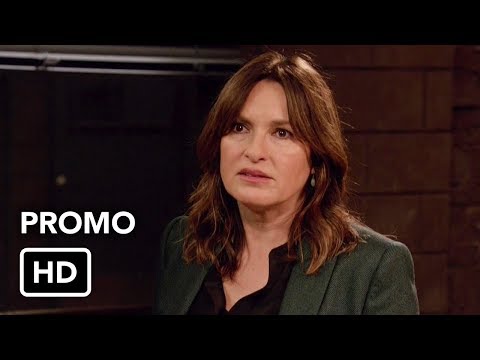