The detectives were investigating the murder of a successful businessman who was discovered dead after a night of kinky sex gone wrong. Stabler and Benson pried deeper into Jeremy's background and discovered he had done work with an at-risk youth shelter and from there, they discovered he'd had a close relationship with a guy named Freddy. Freddy admitted to hanging out with Jeremy but said Jeremy rejected him when he tried to get physical. Freddy also said Jeremy claimed to be in a closeted homosexual relationship with somebody famous and hot-tempered.

Famous football quarterback Lincoln Haver was seen at Jeremy's gravesite. Stabler and Benson decided to pay Lincoln a visit at practice the following day. Lincoln admitted to the relationship but that was it. He also pleaded that the detectives keep his sexuality private.

The detectives were in hot water when Lincoln's secret was exposed and he became the victim of a hate crime and later slipped into a coma as a result. Lincoln's aggressive agent, Gary, blamed the detectives for their carelessness when dealing with the case.

Cragen and Stabler began to suspect Benson's boyfriend Curt Moss, an editor from The Ledger, as the possible leak in Lincoln's case. He denied using Benson as a source. The pressure ended up being too much and Benson broke up with Curt after secretly being romantically involved with him for months.

Lincoln came out of his coma in time to be arrested for Jeremy's murder. Lincoln admitted to being very drunk and angry during his last visit with Jeremy. Stabler gently helped Jeremy with his hazy recollection of all the details on the night of the murder. At his arraignment, the defense argued that due to the extent of Lincoln's head injuries throughout his career, he had cognitive brain damage and therefore did not know the difference between right and wrong. Novak was interested to see how the case would play out in court.

During the trial, Novak was blindsided when Lincoln denied killing Jeremy, even citing that the two were married in Canada. The defense tore Novak's case apart even more when Stabler was called to the stand and admitted to coercing Lincoln into making a statement to the police. After a video of Lincoln's violent side on the field surfaced, the jury found him guilty of murder.

Later on at a news conference, Gary released a statement about the new quarterback he had just signed. Stabler and Benson decided to investigate Gary further and discovered his distaste for Jeremy and Lincoln's relationship. Then they found the murder weapon linking Gary to the murder. Stabler and Benson realized Gary had murdered Jeremy out of rage, but framed Lincoln out of fear. Jeremy was exonerated for murder, but he was also out of a job because his football team couldn't let him play again after his brain injury was exposed. He vowed to start over again. 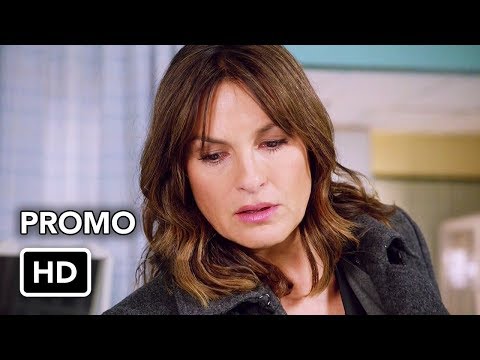