The SVU was investigating the rape of a young boy who doctors believed was a frequent victim of sexual abuse. David's mother, Rachel told the detectives to question David's father Alvie, a Hasidic Jew who David spent weekends with. Munch and Stabler began to suspect David's tutor, Jacob, of the abuse.

Munch and Stabler went to pay Jacob a visit at the Torah Vayirah to ask him some questions. They reached a roadblock in their investigation when the Rabbis had already held their own trial and declared Jacob innocent. Stabler later discovered Jacob was only acting suspicious because he was having a forbidden affair with a woman also at the Torah Vayirah. Jacob's alibi checked out on the morning of David's rape.

David had been kidnapped and the detectives discovered Alvie had obtained a passport for his son. Cragen alerted Stabler, Munch and Rachel that it looked like Alvie was taking David to an Orthodox community in Canada. Once they arrived in Canada, Munch and Stabler were met with obstacles from the citizens of the small Orthodox town who didn't take kindly to the New York City detectives.

Stabler and Munch found David and they also found Alvie, who claimed he didn't take his son to Canada. He was looking for his son in Canada. David's Rabbi in New York had taken him to Canada after David pleaded with him to protect him and take him out of New York. David told Stabler he was being protected by volunteering to go to Canada. David's biggest concern was to make sure nobody at school knew about his attack.

David and Jack gave the detectives conflicting reports. David told them that Jack forced himself on him and raped him and he was afraid to tell anybody because he didn't know what else Jack was capable of. Jack told them David never asked him to stop, so he figured he liked it. Jack compared the feeling of raping David to the feeling of being respected and in control. Jack's father told Stabler that Jack was no longer his son.

Novak had already decided that Jack was going to be tried as an adult. Jack's attorney, Roxanna Fox, was ready to play up Jack's young age and broken home for the courts. Novak accused her of only taking the case because of its guarantee to make headlines. Novak wanted to keep Roxanna as far away from David's parents as possible.

Stabler was having second thoughts about Jack being tried as an adult. Novak accused him of being soft. Stabler revealed how affected he was when he saw Jack's father turn his own son away. Novak reluctantly went along with Stabler and agreed to try Jack in family court, instead. Novak later changed her mind when three young girls claimed Jack had raped them, too.

Roxanna was determined to prove Jack was insane when he raped his victims. She blamed the child's exposure to sex on television and in music lyrics to his aggressive sexual nature. After the court testimony from Jack's victims, Jack asked for his father. Stabler paid Jack's father a visit, where he made it clear to Stabler that Jack was no longer his son. A decision Stabler reminded him he would live to regret.

Novak cross-examined Jack and he claimed that he had no idea he was committing rape. Jack's father walked in during the testimony and Jack began to apologize to him for his actions. Back in Novak's office, Stabler tried to make her see where Roxanna's defense was coming from. He cited his own parenting and admitted it's impossible to shield kids from sex and violence nowadays when they are constantly being exposed to it.

The jury found Jack not guilty by reason of mental defect. He was to be sent to Bellview Hospital for observation. Jack's father gave his son a and the police took him away. David was shocked and believed the jury didn't believe his testimony. Stabler assured him that they did believe him and Jack at the same time, and then watched Jack being carted away. 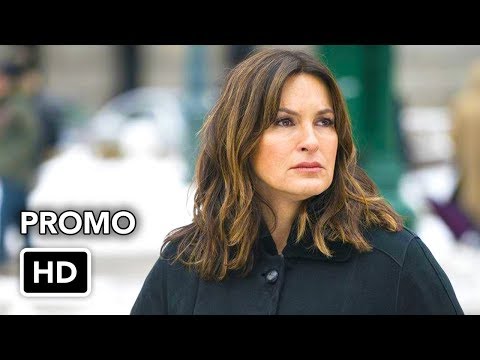