Stabler and Benson were called to the scene of a rape/homicide in a park. Warner determined the Jane Doe was murdered the night before. A diamond earring was found not too far from the scene, and the detectives believed their victim was robbed, too. Her alcohol blood level was also very high. She was later identified as debutante, Shelby Crawford.

Benson and Stabler decided to interview friends of Shelby at the debutante ball starting with her boyfriend, Doug. He denied everything. Her friends admitted that Shelby was also involved with a guy named Tony. Later on, the detectives paid Tony a visit where he showed them a video message from Shelby on the night she was murdered. It was taped from the park she was murdered in and she was with her friend, Anna.

Anna and Doug were having an affair, giving them motive to murder Shelby. Tony admitted they had sex the night she was murdered, eliminating the motive of rape. Benson and Stabler were convinced Anna and Doug had something to do with Shelby's death.

When Shelby's missing diamond earring showed up at a pawnshop, Benson and Stabler tracked down the girl who took it there. Her name was Josie and they discovered she was a homeless girl who was part of a giant fake homeless family belonging to Cole and Cassidy. Benson and Stabler decided to pay a visit to their makeshift home under a bridge.

After trying to getaway, Josie was brought into the SVU for questioning. She told a sad story of running away from home after being sexually abused and ending up in New York. She then got "adopted" by Cole and Cassidy and was living on the streets. She kept defending Cole, calling him the only man who ever cared about her.

Stabler and Benson hoped to get Josie to talk by bribing her with warm pizza and ice cream. Their plan worked. She confessed she wasn't there when Shelby died, Cole and Cassidy were. Josie told the detectives that Cole bludgeoned Shelby to death when he heard her call Cassidy names in the park. The detectives arranged for Josie to stay at a shelter that night.

The detectives went back to look for Cole and instead found a cryptic message on a wall saying Josie must die. They went to the shelter and found the shelter's manager dead and Josie missing. Lake also discovered journals written by Josie describing other horrendous crimes committed by the family. They were interrupted when Cassidy showed up looking for Josie.

Fin alerted Benson and Stabler that Josie turned up dead. She was tortured for over 12 hours and her body mutilated. They brought Cassidy into the morgue and made her look at Josie's face. Cassidy threw up and swore she didn't know where Cole was. Later on, Novak told Cassidy she was a suspect in the murders Josie had written about in her journal.

Novak offered a deal to Cassidy. She would get a one-way ticket to San Francisco if she gave Cole up and gave details about his murders. Cassidy told the detectives where they could find the other three bodies of people Cole had murdered. She also described how Shelby was murdered. Novak told her that Cassidy had to stick around to testify in court.

Cassidy was able to tell Stabler and Benson where Cole was. When they found him, he lunged at Stabler with a bike chain, but Stabler was able to fight him off and arrest him. Later, Cole told Stabler he was responsible for freeing all the children from their world of being used for sex.

Cassidy's testimony put Cole away for the murders. When Cassidy returned for her bus ticket to San Francisco, she was surprised to see her parents there. Her parents were not the junkies she had described. They were from Park Avenue and told the detectives her real name was Helen and not Cassidy. They were confused about why she chose the streets, she told Stabler it was because her parents gave her too many rules to abide by.

Benson and Stabler discovered that Cassidy went to private school with Shelby and put it together that Cassidy lied to Cole about Shelby's verbal attack so he would murder her. Cassidy's father showed up and put an end to the interrogation and called his daughter a lawyer. Novak was convinced they could put a case together against Cassidy for manslaughter. They just had to get Cole to testify against her.

After Benson offered up proof to Cole that Cassidy had been lying to him the entire time, he agreed to testify. He testified that Cassidy urged him on to murder Shelby and he wouldn't have done it without Cassidy's persistence.

After Cole's damaging testimony, the jury found Cassidy guilty of manslaughter. She told Novak she hated her guts as she walked away. Cole called Benson and Stabler to see him at the prison because he wanted to know how his kids were doing; they denied him any contact with them. But they quickly realized Cole had established himself as a father figure to other inmates, already. 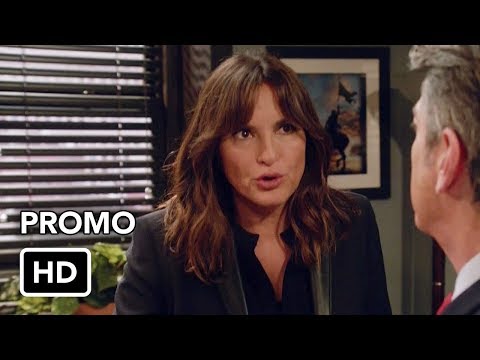