While Benson and Stabler are investigating a teenage girl's body in a river, they find a man named Jesse passed out under a bridge. As Stabler checks the man's wallet and ID, the man comes to, punches Stabler and takes off running. While trying to escape from Benson & Stabler, he falls to the sidewalk and is knocked unconscious.

After getting a murder confession from Jesse, Benson and Stabler discover that he suffers from a form of epilepsy that explains why he attacked Stabler and why he confessed to a murder he might not have committed. Stabler, unconvinced, insists the man be transferred to a prison hospital. Back at the station, Fin and Lake provide further evidence ruling Jesse out as the killer.

Having discovered from Warner that the victim had a female circumcision, Stabler and Benson go to Immigrations and Customs Enforcement to get help identifying her. They discover that she is a Nigerian national named Nikkiel Kwambe.

When Stabler and Benson visit Mira Otume, the victim's aunt, they hear screaming in the basement and discover the aunt and others giving a woman a female circumcision against her will. The detectives arrest her and bring her in. Faced with the possibility of a life in prison for performing these circumcisions, the aunt agrees to help the detectives by telling them where Nikki lived.

After being reluctantly let into the house by a woman named Almani, Benson and Stabler hear a door slam and run out of the house in pursuit of a man with his hand stuffed in his jacket. When they catch him, he screams that his arm is broken, and insists that he did nothing to Nikki - she was his wife.

While under interrogation, Chukwei Bothame, Nikki's husband, insists that he did not kill his wife. While the detectives grill him, Cragen comes in to the interrogation room and tells Chukwei that he's free to go.

While investigating Chukwei's home, Fin and Lake get a lead from a boy's t-shirt that leads them to a sidewalk t-shirt vendor selling t-shirts that say "Lie or Die", part of a growing criminal movement to target witnesses to various crimes. Under duress, the man tells them about a website called "stinkinrat.com" that is a centerpiece for the movement.

Munch informs Benson and Stabler that Chukwei Bothame is listed as a witness to a murder performed by Harlem drug lord Dennis "D" King. Sarah Flint, Chukwei's lawyer, tells Benson and Stabler that she knew him in Nigeria and had worked to secure his release from a Nigerian prison after he protested against the government. When they insist they only want Chukwei to testify in the D King case, she says that the only way he'll testify is if he's given witness protection.

Benson and Stabler bring Chukwei's lawyer to Nikki's funeral and she describes how Nikki and Chukwei met and were married. Nikki had been threatened by fellow villagers who were attacking Christians, and Chukwei married her in order to bring her to America. At the cemetery, they discover D King and his posse and arrest him.

Stabler interrogates King. While making it clear that he approves of the murders of informants, King and his lawyer insist there is nothing that ties him to the murder of Nikki Kwambe and the lawyer provides documentation proving that the headstone King was visiting was in fact a friend of King's who had been killed by the police a year earlier. ADA Homicide Bureau Chief Christine Davidson comes into the room and informs King that while he may be cleared on murder charges, he is guilty of violating a restraining order placed against him by Chukwei.

The case goes to court where the judge sets bail for King at $500,000. When Chukwei comes out of the court, he sees an entire posse of youth sitting on the court steps wearing Lie or Die t-shirts. When Benson and Stabler inform Chukwei that he is now under the witness protection program, he insists that Almani, Sarah Flint and the children in the house must also be placed under protection. Benson says that only direct family members can be protected. Chukwei tells them that Almani as well as Sarah Flint are also his wives. Benson and Stabler are forced to arrest him for polygamy.

Benson, Stabler and Munch debate whether a polygamy case will even hold up in court. Cragen informs them that the DA's office is more concerned about getting him into protective custody and moving ahead with the King murder case. They bring him into protective custody and work at getting the family protected as well. While gathering up the family, Almani and Sarah Flint both insist on the legitimacy of polygamy and the fact that it shouldn't be against the law.

Benson and Stabler attempt to get approval for police protection for the family from the DA's office, but their request is rejected. The DA does agree to give them alarm pendants however. When Stabler delivers the pendants to them, he finds that they've left. He calls Benson, but she says that the family has just shown up at the station. Chukwei reads a note to her that was slipped under the hotel room door threatening to beat Chukwei's son to death in front of the family. Chukwei insists that his participation as a witness is over - he can't risk his family. Stabler tells him that he personally will stay with them that night for protection.

At King's murder trial, Chukwei changes his story and denies having witnessed the murder. The ADA presses him on what he had already testified under oath to having witnessed, but he refuses to budge. After the trial, Benson and Stabler are confronting King's lawyer when King comes out of the courtroom to congratulate him before leaving. The ADA comes out from chambers to let them know they have 24 hours to build a case for intimidation of the witness.

Analysis of the death threat indicates that it came not from King but from Chukwei's house. Stabler and Benson narrow the possibility to either Sarah Flint or Almani as the composer of the note. Upon hearing that Almani has triggered her alarm pendant, the detectives rush to the house and discover that Almani has been beaten unconscious and is in the hospital. Outside the window, they see King and his posse hanging out on the sidewalk across the street staring down the house. When they confront him, he blows them off and tells them they have nothing on him, but Benson -" who has just gotten off a call on her cell -" rattles him when she tells him that in fact they do.

The detectives visit Almani in the hospital and try to get her to cooperate with the investigation. Prompted by Stabler, Almani tearfully confesses that it was Sarah who had beaten her and who had killed Nikki out of jealousy. When they question Sarah with Chukwei, at first she denies it but then breaks down and confronts Chukwei for having brought Nikki into their lives, and essentially admits to having killed her.

At King's murder trial, Chukwei now tells the jury exactly what he witnessed and identities King as the murderer. King charges the witness stand, threatening to kill Chukwei and all of his family, and is dragged out of the courtroom in cuffs. 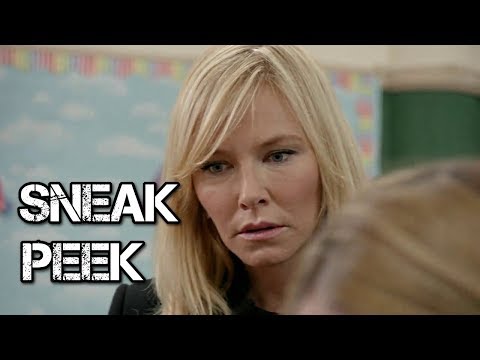 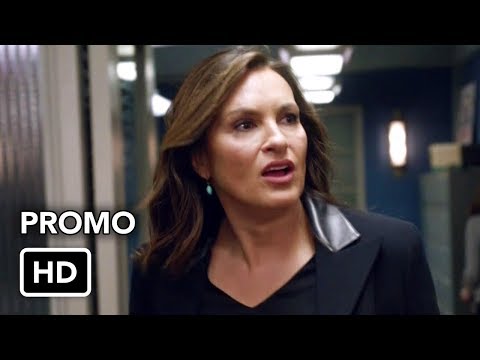