Stabler and Benson were determined to find the parents of a young boy, Tommy, who was found on the streets of New York covered in someone else's blood. The SUV hoped that media would be able to help out.

Jake entered the SUV frantically searching for his son, Tommy. When he found out Tommy had been found with blood on his clothing, he took the detectives to his residence to find his wife. Instead, they found Tommy's nanny, Jodi, in their bed, dead after being raped and beaten. Tommy's mother, Leah, was nowhere to be found.

Stabler and Benson traced Leah to a hotel room in New Jersey. They assured her she was safe from the man she was with, but quickly found Leah was having consensual sex. Leah later told the detectives that Jodi was a nanny she hired from Utah.

Jodi was living a double life. She had a fiancé who was traveling for his mission and she began to have sexual encounters with men she met on the web. The detectives did their best to track down all of Jodi's lovers.

The detectives discovered one of Jodi's ex-lovers killed her after a fight. Warner stopped by shortly after the guy's confession, but wasn't there to talk about Jodi's killer. She was there to tell the detectives about the discovery she made when running DNA tests. Tommy was not Jake's biological son. Jake overheard the news and didn't take it well.

Jake confided in Stabler how hurt he was after finding out he wasn't Jake's biological father. He asked Stabler how he would feel if he discovered one of his children wasn't his own. After talking to Jake, Stabler was having a hard time concentrating on life at home and this made him confront Kathy on her personal life when they were separated.

Kathy admitted that she went on a couple of dates with a guy while her and Stabler were separated. When Stabler asked her if she had sex with the guy, she got mad and accused him of questioning the paternity of her unborn baby.

Stabler was called to Jake and Leah's apartment to split up a fight between Jake and Matt. Matt claimed to be Tommy's real father. At the SUV, Novak told Stabler that Matt had no rights to Tommy since Jake was married to Leah when Tommy was conceived.

Jake dropped Tommy off at the SUV and then left. This prompted suspicion, so Benson and Stabler went to his apartment and found Leah dead on the floor. They suspected that Jake murdered his wife and was on his way to the lake house to kill himself. They both knew time would not be on their side.

Stabler became so involved with finding Jake, he forgot about Kathy's OB appointment. Benson offered to take her. Stabler called to make sure the two were OK. Benson hung up the phone and then a speeding car struck their car, leaving Kathy unconscious.

Kathy went into premature labor but was still stuck inside the car. Benson was able to squeeze back into the car and with the guidance of paramedics; she gave medical assistance to Kathy. Benson was more concerned with how she could slow down Kathy's labor.

As Kathy was being taken away in the ambulance, she leaned on Benson for support. The paramedic told her the baby was on its way and about to be delivered and Benson was there to coach Kathy through her labor. Kathy gave birth to a boy and shortly after, she collapsed.

Kathy regained consciousness and was waiting at the hospital to welcome Stabler to his brand new son. Stabler was thankful that both survived the car accident. She assured Stabler that he was their son's father. Later on, he thanked Benson with a giant hug. He told Benson that Kathy wanted to name their first son after him. 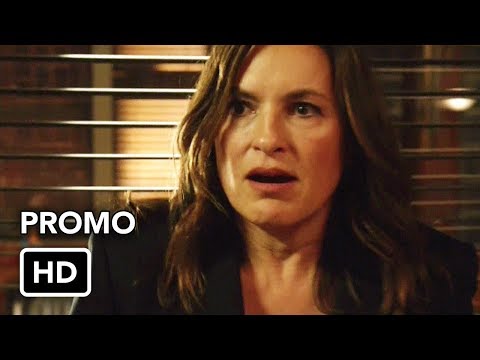