Fin and Lake responded to a crime scene where a young woman was stabbed once in the chest and left to die. Warner ran a rape kit since the victim's underwear and shirt were torn. She also discovered a lesion on the woman's arm and had no idea what it was.

Warner was able to locate the cause of the victim's lesion. It was a bite from a female sand fly. Recently, most sand flies were found in the Middle East and Lake pulled up financial records and found out their victim, Kate, had recently taken cash out of her savings and bought a ticket to Turkey.

Benson and Stabler were able to establish that Kate traveled to Iraq after arriving in Turkey. Kate's mom was confused on her daughter's traveling, but let the detectives know her daughter did work with a local refugee center because of her Arabic-speaking background.

Stabler and Benson discovered Kate had been receiving harassing phone calls during her time at work with the refugee center. Stabler ordered a tracing on Kate's work phone to find the culprit that made the calls. When they went to interview the suspect, the detectives were told Habas died from a heart attack, but his wife remained suspicious.

After the detectives discovered how Habas had died they wanted to find out what led to it. Warner was able to tell them he died from several sessions of torture that would lead to a heart attack. This confirmed the wife's accusations that the US Government murdered him while he was being detained. It was also discovered that Kate had been working with the Habas couple to tell his story about being tortured at the camp in Iraq.

Lake found out that that Habas had been at a coffee shop earlier in the week and responded violently to seeing a husband and wife there. At the time, Habas accused the couple of being his torturers and ran out. The detectives were able to find out the identity of the husband and wife by means of credit card receipts.

Stabler and Benson found the woman from the cafe, Faith Sutton, and asked her about the incident. She told them that it wasn't her husband with her, but an old Army colleague named George Tomforde. When the detectives went to find George, they discovered his house completely empty.

George worked for Helios Defense Industries that has headquarters worldwide. George was becoming a main suspect in the death of the Habas and Kate. The detectives paid the New York headquarters a visit and discovered George had a long list of complaints about his aggressive behavior.

Stabler and Benson also discovered Faith used to work with George at Helios and was hiding more information from them. She denied ever knowing Habas or interrogating him as part of Helios. She said all the work she had done with Helios was lawful. The interrogation was interrupted when hotshot lawyer Matt Braden showed up to represent her.

Warner wanted desperately to find justice for Kate and Habas and knew that Faith was behind the murders of the two. She stated that just because Faith didn't physically kill them, she trained the man who did. They also discovered that Helios had paid for George and his family to fly to Iraq, where the US had no extradition laws.

Warner was becoming frustrated with Novak's lack of trying when it came to punishing Faith and fighting to get George charged with murder. Warner introduced her other victims of Faith's torture methods and Novak was visibly moved and ready to go after Faith in court.

Braden wanted Novak's case against Faith thrown out based on jurisdiction laws. Novak pointed out that even though Habas was tortured in the Middle East, he died in New York. The Judge sided with Novak and proceeded with the trial of Faith Sutton.

Faith testified that her overseeing torture techniques were protecting America from suspected terrorists. She also claimed to have never witnessed physical abuse during interrogations and she would have in no way considered it. Novak then presented pictures of suspects that were bound and hooded that Faith had overseen. Faith still defended her actions.

As Faith was defending herself to Novak one of the juror's fell to the floor with chest pains. Both Faith and Warner rushed to his aid. Both being doctors, they were able to help him until an ambulance arrived. Later on, the Judge announced a mistrial. Braden said it was useless to take the case to court again, because the jury would be divided.

Braden accused Stabler of being no better than Faith when it came to torturing until a suspect would talk. Stabler defended his own actions and said some were times he wasn't proud of. Warner interrupted to tell the detectives that the medical board was reviewing Faith's record and thought about taking away her medical license.

Faith defended her medical license to the board saying she had no doctor/patient relationship with the detainees. Therefore, there should be no reason behind her license being revoked. Later on, her license was temporarily revoked, but explained to Warner that she was only defending her country when it was at war. Warner reminded her that an oath is an oath and she broke it. 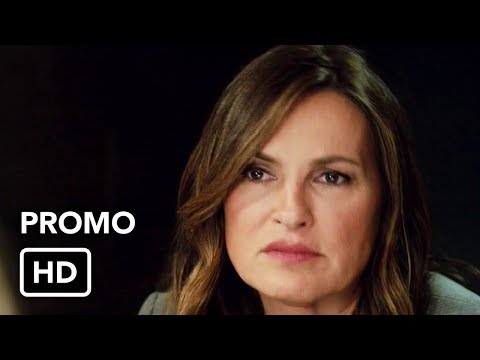