The detectives were investigating a rape and attempted murder and their only witness to the crime was the victim's mentally challenged daughter, Katie. During her interview, Katie was re-enacting the night Corinne Nicholson was attacked. Corinne's husband, Ben, was by Katie's side the entire time.

Stabler was defending Katie's father to Benson, who thought it was suspicious that he decided to not come home that night after having a fight with Corinne. Then she realized that Stabler was familiar firsthand with troubled marriages.

Fin discovered that the Nicholson's had been drowning in debt with Katie's condition and Corinne had a hefty life insurance policy. Upon further investigation, Munch discovered that Ben had lied earlier about being on a business trip, he was in New York the entire night of the attack.

Ben refused to tell the detectives why he lied about being out of town. Their interrogation was interrupted when a member of Homeland Security showed up and told Ben he could leave. Ben was a biological engineer and worked for the Government. Cragen reminded Stabler that the Patriot Act trumps rape and attempted murder charges, every time.

The SVU was able to obtain a search warrant for Ben's DNA. He gave them a sample, despite protests from Corinne's best friend. Tina. Just then, the doctor alerted Ben that Corinne was in a serious coma and the baby she was carrying didn't make it. Ben had no idea his wife was pregnant.

Munch clued Novak in about Katie's condition and explained she would make the perfect witness because her ability to tell the detectives extremely important details from the night of her mother's attack. Ben didn't like his daughter exposed to such pressure. He had no choice. A warrant was going to make Katie talk.

Corinne awoke from her coma only to have amnesia. She couldn't remember the last six months of her life. Meanwhile, Novak was having a hard time getting past the Patriot Act in order to investigate Ben more.

The detectives interviewed Corinne's lover, Joel, about the crime. He swore that he never harmed Corinne, but he did have sex with her on the night of her attack. Stabler wanted Katie to listen to Joel's voice to see if she could identify him as her mom's attacker.

Through voice recognition, Katie pointed out that Joel was with her mom on the night of the attack. But, when she recalled her mom being attacked later on that night, Katie said Joel wasn't responsible and it was another man's voice that was screaming at her mom after Joel left.

Joel's son showed up to pick up his dad from the precinct. Katie overheard the two talking and recognized Alex's voice as the voice of the man who attacked her mom. Stabler took Joel's son in for questioning.

Novak wanted to present Katie as her key witness against Alex in her case. But, Katie had to be present with her father in order to testify and Ben couldn't be found. The judge gave her 24-hours to find Ben.

Stabler confronted Tina for the whereabouts of Ben and Katie. Tina said she had no idea where they were, but Stabler didn't believe her. Tina cracked and said Ben went to visit somebody and she and her sister were watching Katie at their apartment. Katie was brought in to testify against Alex.

Katie testified that she heard Joel and her mom have sex that night, but later heard Alex attack her mom. She was able to distinguish the two voices of father and son. Ben came by and told Stabler he was out protecting his daughter, but Stabler accused Ben of only thinking about himself and protecting his job.

The defense tried to prove Katie wasn't strong enough to stand actual trial. He began to ask her a bunch of questions and Katie got nervous and froze. The defense made it look like Katie was being coursed on what to say.

Novak proved Katie's amazing ability of picking up on voices and sounds. Katie also ended up confessing that besides knowing Alex tried to kill her mom, Ben had also been involved in his own shady dealings with his job, accepting bribes for selling engineering secrets.

Stabler confronted Ben for his crimes. Ben said that in exchange for testimony in another government case, he wasn't going to face jail time. He also told Stabler he was divorcing Corinne for her infidelity, even though she couldn't remember committing the affair. Stabler watched as Ben took Katie away from her reunion with her mom. Stabler couldn't do anything about it and Corinne was left confused on what was going on.. 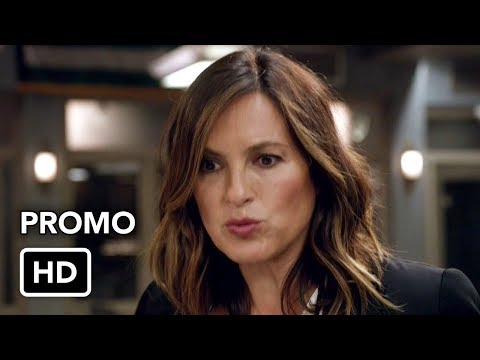