Benson and Stabler were facing a tough case of he said/she said. Shane was a 15-year-old student who had contracted gonneria from his teacher. But when confronted, his teacher, Sarah confessed that Shane had raped her weeks earlier, and she never reported it...

The detectives discovered Sarah was taking medication for gonneria. Her husband defended Sarah and with her cell phone, helped the police track her down. She was located at a clinic where she was getting an abortion. Novak rushed for a warrant to stop the abortion from happening, because she wanted to prove Sarah was carrying Shane's baby. Sarah fainted when the police showed up.

Sarah's husband was disgusted that Sarah had an abortion. She pleaded with him to understand it was the product of a rape. Benson later told Stabler that Sarah was right; the DNA test confirmed that baby was Shane's.

Lake interrupted Stabler and Benson to tell them he was alerted about Sarah's past. She had been accused of getting too close to her male students at her last job and he received sexy pictures that Sarah had taken of herself that were sent anonymously.

Novak was in hot water with the judge in her case because she seized custody of the aborted fetus and the defense argued that Sarah deserved to give the fetus a proper burial. Huang was able to assist on the case saying Sarah suffered from a personality disorder, meaning she probably wouldn't be able to stay away from Shane for long.

The police tracked every move that Shane and Sarah each made. They followed Shane as he headed to a seedy motel and Lake and Fin tailed Sarah as she left her apartment with a disguise. When the police went up to Shane's rented motel room, they found him engaged in sex, but with a prostitute, not with Sarah. Sarah was at church praying.

Shane had been involved with numerous prostitutes and one confessed he liked it rough and practiced on his teacher. The charges against Sarah were dropped and it was discovered she wasn't fired from her last job for her relationship with students, but left because the principal made advances towards her. Meanwhile, Shane's hotshot lawyer, Sophie, argued that Shane couldn't help his urges. He was a sex addict.

Huang testified that Shane was a sex addict and that his urges could have prompted him to rape Sarah out of addiction. Huang also included that Shane should still be charged with rape because he still knew what was right and wrong.

Shane testified that he sent the sexy pictures of Sarah to the police department. He also confessed that he created those pictures using Sarah's face and some model's body. He admitted he made those pictures after the rape to make himself look more innocent and then begged for Sarah's forgiveness while on the stand.

Sarah had asked Novak to arrange for her to meet with Shane. He told her he was sorry and that he was taking medication for his urges. She told him she wasn't ready to forgive him for raping her, but was happy to know he was taking his medication. She then pleaded with Novak not to send Shane to prison. Novak agreed, only if Shane completed his treatment program.

Novak received a phone call that Shane had been raped in his treatment center. Sophie and Novak accused each other of being responsible. When they interviewed fellow patients, they all said that the treatment center was full of sexual assaults and nothing was ever done about it.

Benson almost had to arrest Novak when she physically pushed around one of the guards at the treatment center for not taking the patients' sexual assaults seriously. Benson warned the enraged lawyer to behave herself. Stabler later tried to tell Novak it wasn't her fault that Shane got raped. She still felt a tremendous amount of guilt.

Through DNA, the detectives were able to point out the employee responsible for Shane's rape and the chief suspect for the numerous other rapes in the treatment center. Novak had the center shutdown for lack of background checks on their employees and Shane was allowed to complete his treatment as an outpatient.

Sarah and her husband stopped by the SVU to see if the news stations were true and Shane was a free man. They also wanted to know if Shane really accepted a million dollar check from the center to avoid a lawsuit. Sophie confirmed that both stories were true.

When Stabler and Benson interrogated Shane's rapist, he through up the same defense that Shane had used in his own trial. He said he was just wired badly in his brain and his urges couldn't be controlled. What Stabler had feared the most was happening. Rapists everywhere now had an excuse to attack. 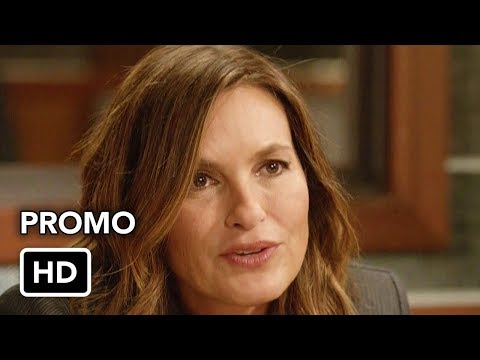