The detectives were investigating a rape involving a girl and her older sister's boyfriend. When they interviewed Dan, the suspect, they also wanted to know where his girlfriend was. All they found in her room was blood and an open window. Dan also claimed he raped Rachel's younger sister in his sleep.

Rachel's father went to the news to offer a reward for the return of his daughter. The SVU were swamped with calls wanting the reward money. One of Rachel's closest friends, Ginger, called the detectives telling them Rachel might have slipped into another "universe". The detectives rushed to Ginger's loft to listen to her story.

Ginger introduced Lake and Benson to the life of avatars. She said her and Rachel play in the world of virtual reality where their avatars own a sex club, just to live out their fantasies, but nothing more. Lake and Benson discovered that Rachel's avatar, "Vixy", was a 14-year-old who performed at sex shows and she had dozens of real fans disguised as avatars.

Stabler found out that "Vixy" had an online blog, where she talked about her experiences. The last entry was titled 'Stalker' and she talked about a guy who had taken virtual reality to the next level. He had thought "Vixy" was real and the man began stalking Rachel in New York. The SVU brought the man "Vixy" accused of stalking in for questioning.

Tobin's alibi checked out, but he was suspected of working with somebody else. The owner of the virtual reality company, "AY" tapped into Tobin's account and proved he had been in numerous contacts with "Vixy" and another male avatar, "Smarty Culottes".

The detectives discovered, "Smarty Culottes" boss, Cooper, owner of a bookstore, was also involved in avatars. When Lake and Benson returned to his bookstore, Cooper and his computer were gone. But, they did find a storage unit key and wondered what it would lead them to.

Lake and Benson found Cooper's den where he was hiding Rachel. They found Rachel tied to a bed, dressed as "Trixy". Lake tried to chase Cooper's car down, but wasn't fast enough. Rachel later told the detectives that Cooper raped her and planned on taking her to a secluded cabin.

Fin and Lake found Cooper trying to board a bus and brought him into the SVU. Benson had news that Rachel died while in the hospital. The detectives also found out Cooper had been the prime-suspect in the kidnapping of another girl named Lauren in the 80's. She looked strangely like Rachel's avatar.

Cooper was right, the DA had no reason to hold him at the precinct, so he walked. Cragen put all his detectives on assignment, hoping that Cooper would trip himself up and lead them to his last kidnapped victim, Lauren.

Through "AY", Benson was able to see that Cooper built a replica of a cabin that she felt Lauren was being hidden in. She sent Fin, Lake and backup to the cabin to locate Lauren. Meanwhile, Stabler found Cooper at JFK Airport. Fin was welcomed at the cabin with Lauren at the door holding a gun and asking for Cooper. She said she had been waiting for him at the cabin for 25 years.

Cooper was brought in by Stabler for jaywalking. When he was waiting in the interrogation room, they re-introduced him to Lauren, who insisted on seeing the "love of her life". Cooper was shocked when she entered the room, he couldn't believe she had aged since the last he saw her, 25 years ago.

Cooper confessed to Lauren that Rachel's avatar reminded him of her and he got a second chance with a teenage Lauren when he kidnapped Rachel. He told Lauren it was too late for them. She accused him of murdering Rachel and she left the room. Stabler wanted to know his fascination with avatars and Cooper confessed that they never grow old. 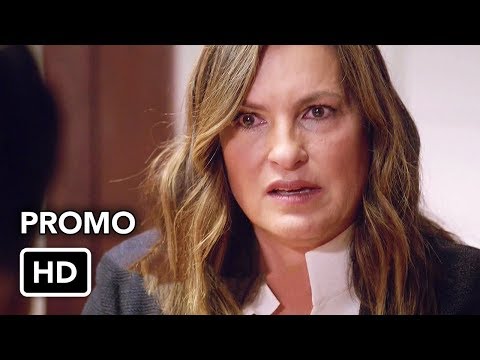