Benson and Stabler were investigating the rape and murder of a young woman who was about to get married. After interviewing Cynthia's parents, they found out that Cynthia's fiancé worked for the CIA. This alerted the detectives, because Cynthia's death looked like a professional hit.

Benson and Stabler uncovered that Cynthia's fiancé, Stephen was working with a terrorist task force in Indonesia. The CIA remained silent on where the detectives could find Stephen to interview him. They just said he was on a top-secret mission in Indonesia, but Munch discovered Stephen's cell phone calls were coming from Staten Island.

Malcolm told the detectives he loved his wife deeply, but fell in love with Cynthia, as well. Benson and Stabler went to the pizza parlor he claimed to be at with his family the night Cynthia was murdered. His credit card proved he was at the restaurant, but his EZ Pass confirmed his car drove to Manhattan later that night. Malcolm said it was his wife's car.

Benson and Stabler confronted Malcolm's wife, Lindsay about the drive to Manhattan on the night Cynthia was murdered. She said she was so sick of Staten Island and needed an escape for one night. Later, her son told Stabler that his mom was mad for his dad getting a "dirty whore" and was complaining to the neighbor about the situation.

When Benson and Stabler returned to the Royces' house later that night, they made a horrible discovery. The entire Royce family was shot dead; at least that's what they thought. Malcolm was rushed to the nearby hospital to be treated for his gunshot. It appeared that Lindsay tried to kill her entire family before turning the gun on herself. Stabler had to break the news to Malcolm that his family was dead.

The murders really effected Stabler, so he went to Kathy's to check on his own children. He was about to leave and went to her room to thank her for letting him come over, she suggested he stayed the night. The two began to make love. Later on, his daughter confronted him in the kitchen and told him to quit treating her mom like a "booty call".

Stabler was called back to the Royce residence in the dead of the night after a new discovery was made. It looked like Malcolm was the one who shot his family and then turned the gun on himself, only he knew the bullet would only graze his scalp instead of causing fatal damage.

After Stabler's discovery, he went back to the hospital to confront Malcolm. Malcolm was at the rooftop of the hospital telling Stabler he should have died along with his family. Stabler talked him down from the roof, and then placed Malcolm under arrest.

Stabler had the task of interrogating Malcolm for the murders of his family. Malcolm continued to blame Lindsay for the murders. He told Stabler that when he discovered his dead children and wife, he tried to kill himself and when he was still alive, he threw the gun over at Lindsay, which explained why she had it at her side.

Stabler continued to interrogate Malcolm in order to shake him up. Stabler started yelling at Malcolm and finally he admitted he killed Lindsay, only after she murdered his children. Stabler began to question Malcolm about the death of Cynthia.

It was discovered that Malcolm had a plethora of books involving details on how to murder somebody. One was a manual on how to break a person's neck, exactly the same way Cynthia was murdered. On top of that, it was uncovered that Malcolm's prints were on the lockbox that kept the gun, not Lindsay's. Novak pieced it together that Malcolm murdered his entire family.

Stabler ignored Cragen's request to see him and instead barricaded himself inside the interrogation room with Malcolm. Malcolm began to beg for his life as Stabler had his arm around his neck. Malcolm told the story of how he killed his children and told Stabler he had to do it. A shocked Stabler just walked out of the room and left work. 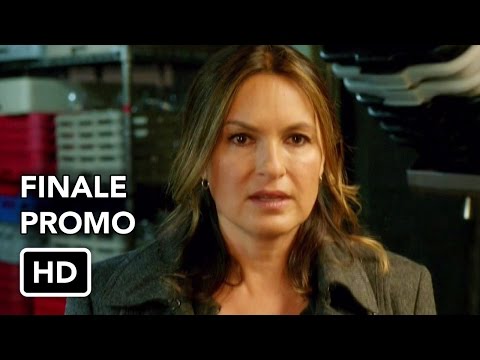