A couple came home after a romantic night only to feel more amorous as they headed up the stairs. The mood instantly fell flat when they noticed the body of a teenage girl in one of the bedrooms. SVU was called in to investigate. Stabler felt especially close to the case considering the victim reminded him of his daughter.

After Warner found that the victim had died from asphyxiation induced by excessive alcohol consumption, Benson and Stabler wanted to know who supplied the alcohol. They discovered the couple who had found the body in their home had been on vacation and had given a dog walker the house keys. The dog walker confessed she hired a teenager, Rebecca Rice to walk the dogs. Rebecca confessed she gave the keys to another girl from school, Reagan.

Stabler and Benson discovered through a website that Reagan held a party at the apartment along with her friends, Mark and Luke. They also determined the identity of a body that was found earlier. She had been a student from Connecticut named Melanie, who was drinking too much at the party. Novak brought charges up on the three teenagers in connection with Melanie's death.

Judge Donnelly threw out the charges out and Reagan, Mark, and Luke were allowed to walk free. This angered Melanie's father, who Stabler felt a strong connection with. Stabler later had lunch with his teenage daughter and wanted to know where teenagers get alcohol. She showed him different websites teenagers had nowadays. Stabler was able to discover that Reagan was trying to get another party started using her webpage.

After talking to Rebecca, the detectives found out where the teenagers were partying. They busted up the party and arrested the teenagers for breaking their agreement to the judge to refrain from alcohol. Stabler and Novak were shocked to find out that Judge Donnelly threw their case out again because she didn't want to damage the lives of the promising students.

Novak, Stabler and Judge Donnelly were shocked to find out on Reagan's webpage, that she, Mark, Luke and their other friend Jordan were already partying again. Donnelly ordered the detectives to bring the teenagers in again. They went to Rebecca's house hoping she could tell them where they could find the teenagers in question. Instead, they found Rebecca's mom, Lillian, in bed with Jordan.

The detectives brought in both Jordan and Lillian for questioning. Lillian told Benson that she was just playing teacher to Jordan and that he was drunk when he arrived to her place. Meanwhile, Stabler was trying to get Jordan to tell him where he had been getting the alcohol for all the parties. He refused to cooperate so Novak threatened jail time.

Reagan, Mark, and Luke were all brought in for booking. Once they saw Rebecca they started calling her names. She ran out crying and Benson stopped her. Rebecca called her mother her best friend and blamed the detectives for ruining her life.

Novak and Stabler cornered Jordan and offered him a deal to tell them who kept supplying the teenagers with alcohol. He confessed it was Lillian. Later that night, Stabler received a call from Benson and met her at the scene of a car accident. Jordan and Reagan were both dead at the scene. Jordan was driving drunk, while Reagan tested sober.

With Jordan dead, Novak didn't have a case against Lillian. Stabler and Benson decided to try talking to Rebecca again. She accused them of ganging up against her. She told the detectives that Jordan went to his guidance councilor, Ms. Kramer for his drinking problem and she just ratted him out, the same way the detectives did. Rebecca also spilled the beans that she saw Jordan the night he died when he was at her apartment with her mother.

One of Jordan's classmates came forward after the funeral to tell Stabler and Benson that the real alcoholic was Rebecca and that she was drunk all of the time. Stabler went back the Rice residence with a member of child services to see if the allegations were true. Rebecca's glass was filled with vodka. Child services took Rebecca and Stabler arrested Lillian.

The only way Novak would have a case was if Rebecca confessed that her mother had been supplying the alcohol. Stabler went to Rebecca's alcohol treatment center to talk to her. Rebecca confessed she started drinking because she saw how much alcohol helped her mom cope. She confessed her mom made her popular by handing out alcohol to her classmates. Rebecca reluctantly told Stabler that Lillian provided the alcohol that resulted in the death of Melanie and Jordan.

Rebecca agreed to testify against her mother. During the trial, the defense revealed that Rebecca had bought alcohol with a fake ID and also by stealing her mother's credit card. The defense was hoping to make Rebecca look like a liar on the stand. Judge Donnelly had court adjourn until morning.

The next day, Novak had the medical examiner on the stand talking about the damage Rebecca had done to her liver and brain due to the effects of drinking. Lillian couldn't stand the facts and confessed to supplying her daughter with alcohol as well as supplying the drinks that resulted in Jordan and Melanie's deaths. 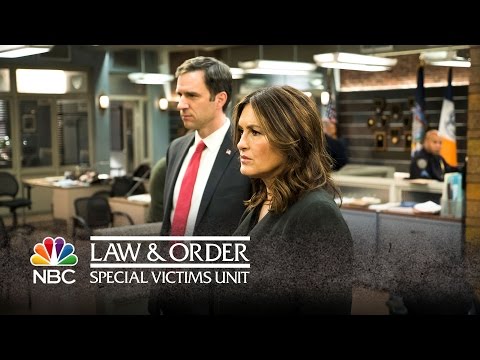