The detectives responded to a body found in a graveyard. The young man was found on his back with his arms crossed over his chest. His eyes were also missing. Benson suspected a ritualistic murder. Warner pointed out the victim had been sodomized and suffocated on a plastic bag full of pills.

Benson and Stabler discovered their John Doe was named Richard and they searched his apartment. It had been wiped clean of clues except for a broken cell phone that they were able to trace some information from including Richard's last text message. They traced the text message back to an old warehouse in Queens that teenagers were using for play rehearsals.

Benson and Stabler interviewed the kids that were participating in the rehearsals and found out the play was religious themed involving demons punishing people who had abortions or AIDS or were gay. The themes did not sit well with Stabler or Benson. The actors told the detectives they had hoped the play would lead young people to their church, New Souls.

The detectives decided to pay the New Souls church a visit in Long Island and wanted a word with the church's leader, Jeb Curtis. The detectives had more questions especially when they discovered Richard had another identity as a gay escort and he had been in contact with Jeb's direct line at the church.

Stabler and Benson paid the Curtis residence a visit to ask questions about Richard. Both Jeb and his wife, Hannah denied even knowing the young man, whose name in the escort business was Nick Benchly. Stabler alerted Jeb that he had to come to the station to make a statement. As they were leaving, reporters were waiting with questions.

Forensics came back and placed Jeb at the scene of the crime where Richard was murdered. He still denied everything, so Stabler decided to play the religion card, hoping Jeb would let his guilt get the best of him and he would confess to the murder. Stabler hoped that bringing Jeb to his church would provoke a confession and that's exactly what happened.

Novak brought Jeb up on murder charges. Jeb's lawyer argued that his confession be thrown out because he was coerced into giving one in church. He argued that it was the church that made him confess and not his free will. Novak thought the whole argument was crazy. But, the judge agreed that Jeb shouldn't have been taken to the church to begin with.

Stabler and Benson gave Jeb one more chance to confess or his affair with Richard would be smothered all over the tabloids. In front of his lawyer, Jeb confessed to the murder and claimed responsibility. He vowed that God would forgive him for his crime.

Stabler talked to his priest about Jeb's confession. He thought it was odd that Jeb continued to say he took responsibility for the crime, but never said he did the crime. Stabler was interrupted by a phone call to return to New Souls Church where Jeb had been found unconscious with gunshot wounds to the gut.

The detectives immediately expected Hannah for the shooting. They brought her in for questioning and she told Stabler and Benson how important her family was to her. She had with her a written confession to the shooting of her husband. Stabler thought that maybe it wasn't Jeb who was gay, but one of his sons who did the crime.

Benson and Stabler hoped that talking to the Curtis' eldest daughter, Lucy might lead to some clues. Lucy confessed that her brother, Paul, had homosexual feelings a year ago and was scared to tell anybody. Lucy told them her father found out and tried to cure Paul of his feelings. Lucy told the detectives that Paul must have killed Richard.

The detectives went back to the warehouse where Paul was closing down rehearsals of the play. They told Paul they knew he was gay and he denied everything, including that Richard was his lover. He later confessed that they were together and his father made them break-up. Paul said he continued to see Richard and Jeb must have found out, again and killed Richard because of it.

Stabler and Benson took Paul to see his father who was now fully awake in the hospital. Paul apologized for being gay and Jeb told his son he still loved him. When Paul brought up the night that Richard was murdered, Jeb encouraged his son not to say another word with the detectives present. It was obvious that neither killed Richard. Jeb confessed that the church's financial planner, Trent, was the only other man who knew of the affair.

Trent was brought in for questioning and denied having anything to do with Richard's murder. The detectives alerted Trent that Jeb had accepted his son's homosexuality. Trent's mood changed and he told the detectives that he did murder Richard because it was God's will. Meanwhile at the hospital, Hannah begged for her husband's forgiveness and he told her had already forgiven her. 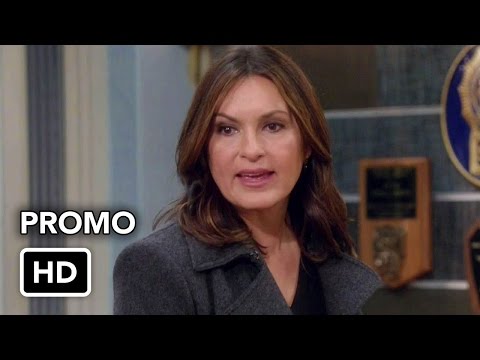