Stabler followed Benson to New Jersey where she took part in spying on the half-brother she didn't know she had. Two New Jersey policemen showed up and threatened to arrest Benson and Stabler tried to intervene. Benson refused to tell them why she was there in the first place. Both her and Stabler were taken to their police station to answer questions.

Cragen was furious to find out that Benson and Stabler went across state line with their badges and guns. He wanted to suspend them, but instead assigned them to interview a man who had been raped. It had been the third male victim to come forward. The victim told the detectives he was only two weeks from his wedding day and didn't want his story be leaked to his family. Like the other two victims, Ronnie refused to cooperate.

Benson traveled to Huang's office for more details on her half-brother. She discovered he had a juvenile record but wasn't anything serious. Huang caught on that Benson was researching facts about her brother and her father. Meanwhile, Stabler continued to cover for Benson when Cragen started asking questions.

Benson went back to her half-brother's house hoping to talk to his girlfriend. She told Benson to come back the next morning if she wanted to talk to Simon. As Benson walked back to her car, Captain Millfield cornered her and dropped a bombshell on Benson. She let her know that Simon had been a top suspect in a string of break-ins and possible stalking cases.

Benson confided in Stabler that she was worried about her brother and all her life she just wanted to be part of a family. Their conversation got cut off when Fin and Munch announced that they had located the rape suspects van in Central Park. Benson and Stabler each took separate cars to try to trap the suspect. As Benson tried to trap the van, she was also talking on the cell phone to Simon's girlfriend. Because of her lack of focus, Benson took a wrong turn letting the van getaway.

Stabler was furious with Benson's mistake because it caused the suspect to getaway. After the chase, the detectives had to interview the fourth male rape victim at the hospital. His attack was exactly like the other men. He told the detectives when he heard the sirens, he thought he would be saved but realized that didn't happen. This made Benson feel worst. Out of embarrassment, the man refused to cooperate with their investigation.

Cragen took Benson and Stabler aside and wanted to know what happened that led to their suspect getting away. Stabler told Cragen it was his fault for giving Benson wrong directions, she took the blame saying she misheard the directions. Cragen later discovered that Benson was on the phone during the police chase and wanted to know who she was talking to.

Simon's girlfriend had arranged to meet Benson at a local bar. Benson was surprised when just Simon showed up. He knew she was a cop and swore he had never hurt a woman in his life. Benson told him it was a case of mistaken identity and apologized and left Simon at the bar.

The detectives got a lead in the case and arrested two men for the rapes. Only problem was none of the victims would identify their attacker. Benson went home after a long day, where Simon followed her to talk. He had a picture of their father and told her he had died ten years ago. Benson informed Simon that their father had raped her mother making them half siblings. He didn't believe her, but the two later bonded over drinks.

Captain Millfield called Benson in the late of night to New Jersey to tell her that their peeping tom just raped his first victim. Benson told Millfield that there was no way Simon could have done it because he was with her just hours before. Millfield pointed out that Simon still had time to commit a rape after leaving Benson's. It was solidified when the victim identified Simon as her attacker.

Cragen questioned Benson about her relationship with Simon. He wanted details on how she obtained Simon's DNA. She refused to comment and Stabler refused to comment as well. Cragen wanted them to give him a reason to not split them up or furthermore, not fire them on the spot. The conversation was cut short when Munch had proof that their male rapists had been raped in prison at an earlier time.

Novak let the suspect know that if he cooperated with their case and admitted to the raping of the four men, he would be serving his time in a psychiatric ward instead of prison where he could get raped again. If he failed to cooperate with their case, they would be forced to divulge that the man had been raped himself while he was in prison. He took the deal and admitted to the crimes.

While looking through Simon's old yearbook, Benson discovered that Simon went to school with Captain Millfield's younger sister, Carrie. Benson and Stabler asked Simon if one of the Millfield women would have a grudge against him. He said that Carrie had accused him of a sexual assault back in high school, but it was a lie. Benson told Simon to face the truth that he was a rapist just like his father.

Benson found out that the hairs matching Simon's were found on the victim's underwear. She was forced to believe her baby brother actually was a rapist. Stabler alerted Benson that Simon had jumped bail and wanted to know if Benson knew where he was. She was insulted at the question and Stabler later apologized.

Cragen told Benson and Stabler that if they wanted to remain on the unit, they needed to see Dr. Hendrix for evaluations. After reviewing their sessions, Dr. Hendrix told Cragen that he needed to split Stabler and Benson up because they were too close, but also said that if he did so; he would be losing the best team of detectives he had. 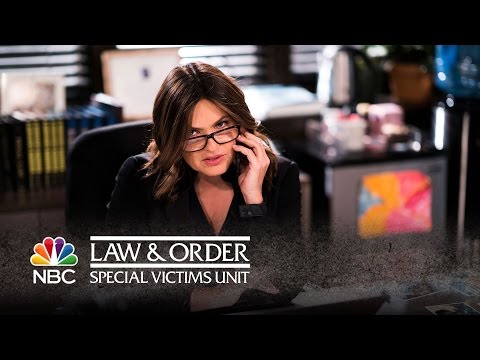