A boy came into the building with an envelope addressed to the Special Victims' Unit. The boy accidentally got involved in a brawl between the detectives and a suspect. The boy was knocked out and taken to the hospital. Fin and Cragen came across the boy's envelope. Inside, they found pictures of a young boy dressed in his underwear. A note was attached that read, "Please put this sick bastard away". When confronted at the hospital, the boy who made the delivery confessed he was paid fifty dollars to drop it off.

Fin and Benson were able to locate the building the pictures were taken at. They found a very unsympathetic super, Seth Millstead, who thought the detectives were there investigating a robbery. Fin noticed a digital camera on Seth's table and immediately thought the super might have been the one who took the pictures. Fin got Benson out of Seth's apartment and told her the next time they return it better be with a warrant.

The detectives discovered that there was series of break-in's into the building where the pictures were taken at. They wanted to know who was the one who placed the 911 calls reporting the break-ins. They recognized the voice of one of the tenants of the building who they had talked to earlier. Fin and Munch decided to bring the guy in for questioning. He admitted to seeing photos of the boy in the super's apartment, but wanted a deal first so they could drop the burglary charges.

The detectives asked Novak is she would press charges, but she refused. She wanted the detectives to bring in something more as far as evidence was concerned so a search warrant could be issued. Benson mentioned the memory card that was found with the pictures. Novak agreed that she would try to work with it. The cops busted in to Seth's apartment and arrested him for possession of child pornography

The detectives discovered that the boy in the pictures lived in the apartment with his mother. The assigned judge in the case said he would only allow it to reach trial if the boy, Diego, would testify. Benson went over to the apartment hoping to talk to Diego and his mother, Jennifer. Diego said he didn't remember the pictures being taken. Benson cut the interview short when she started feeling hot, but she looked over at Diego and he was completely passed out!

Benson tried to get some air into the apartment, but she herself was having blurred vision. She noticed that Jennifer had collapsed in the kitchen. Benson busted a window open to bring in some fresh air and she carried Diego and Jennifer into the hallway of the apartment building and told the neighbors to call an ambulance. Before they could arrive, Benson passed out, herself.

Benson went to the hospital along with the other tenants who had passed out because of ingesting toxic fumes. Cragen and Fin watched as HAZMAT teams secured the building to investigate. To the shock of everybody on scene they found drums of some kind of chemical gas in the basement. Cragen couldn't believe the possibility of a sleeper cell situated in the basement of the building. The Homeland Security Department had to be notified.

Benson woke up in the hospital bed and found Jennifer in her room. She told Benson that she saved her life, but Diego was not well. The doctors had found high levels of cancer in Diego's blood. The detectives discovered that all three apartments that had tenants rushed to the hospital, also had levels of the nerve gas found in their heaters.

Fin went to the prison to see Seth and was shocked to find the man was murdered during a riot. Cragen and Fin were both suspicious of Seth's stabbing because it seemed so professional. The detectives later uncovered several videos that Seth had taken of Diego. The videos were not pornographic, but instead of Seth asking Diego questions about school and life.

It was later discovered that Seth was accepting checks from a mysterious research company. Munch believed Seth was accepting money from the research company in order to let them house their mysterious chemical that was first thought to be nerve gas. Munch discovered Seth was using the families as guiney pigs and recording their progress after being exposed to the chemicals. He also took pictures, which explained the pictures of Diego in Seth's apartment.

Benson and Fin were shocked that the EPA had no clue what kind of pesticide was being exposed inside the building. Fin wanted betters answers then that, but they refused to give them. Benson asked Jennifer about the exposing of chemicals. She said she had agreed to be exposed to the chemical because she was told it would keep the roaches out of her apartment and she needed the cash.

Jennifer gave Benson the address to the company that had been in charge of the exposed pesticides and Benson paid the company a visit. The company threatened Benson with charges of trespassing if she didn't leave the premise. Later on, Novak told Benson she had better start behaving herself with the case, or she could end up on the wrong side of the law. Benson was also disappointed to discover that there was no proof that the chemicals caused Diego's cancer.

Stabler stopped by to check on Benson's progress. She felt she was at a dead end with her case and Stabler gave her some soundly advice. He told her that if the chemical company played dirty, she should join them in the gutter and play dirty, too. Benson took his advice and got some help from the computer crimes squad to hack into Danforth's computer information to see if they knew that their pesticides were indeed toxic.

Benson was able to get proof that Danforth Chemicals did know that their pesticides were harmful when they were exposing the apartment building to it. She arrested the CEO of the company for 12 counts of assault. The company's lawyer threatened a major lawsuit against the SVU, but Novak and Benson presented their proof. They said that they will drop all charges if Danforth agreed to pay lifetime medical bills to all those involved in the case. 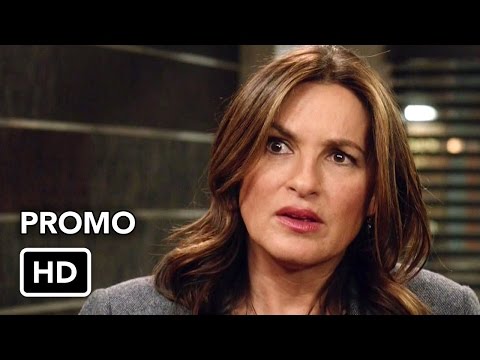