A battered young woman, Ming, barricaded herself inside her dorm bathroom and sobbed as her roommate tried to get in. Ming's roommate had to get the RA from the floor who happened to be Fin's son, Ken. Ken eventually persuaded Ming to go to the station and make a statement about her rape.

Ming refused to give a statement to Fin because she was scared of her parent's finding out she was raped. When she left, Benson urged Fin to still look into the case. Fin discovered that two witnesses to the possible rape called the cops but were dismissed because they seemed intoxicated on the phone call. Fin took it upon himself to interview the witnesses.

Fin tried to interview Ming once again, but she clammed up. She couldn't account for six hours on the day she got raped. Fin wanted to fill in the missing holes, so he went to her parent's house in Brooklyn. Instead of support his investigation, they threatened to sue if he came by asking more questions about Ming's attack.

Fin got a call about another rape that was very similar to Ming's. He hoped that this woman, Kara would be more cooperative with his investigation. She described in detail the attack and her attacker. The attacker had told both women that they were prettier in person.

Fin was greeted by Chester Lake, a cop from the Brooklyn SVU. He told Fin that he believed Fin's rape cases and his murder cases were interconnected. Fin dismissed Chester's theory, but still worked with him on his rape case. They interviewed Kara at her family's estate and were surprised to find she was packing up her bags and going on a trip to Italy with her parents. Her dad told Fin to look at Kara's ex-fiancé, Oliver.

Chester and Fin asked Ming if she recognized Oliver. She said she did when he was an assistant with the college. She said he would always be very flirty with her and sometimes aggressive. She said he always came across desperate. Fin later interrogated Oliver and he denied ever flirting with Ming. Chester accused Oliver of raping all the women who rejected him.

While the interrogation was going on, Stabler alerted Fin of another attack. This victim was put in the hospital. She told Chester and Fin how her attacker kept talking and telling her he was famous and she should be lucky to be with him. He was saying the things that he had told Ming and Kara during their attacks. The injuries on the latest victim's neck were exactly the same as the strangulation marks found on the murder victims' in Brooklyn.

Chester and Fin discovered the common link between all their victims, they had all come in contact with Dr. Chanoor, who had practiced in Manhattan, but operated a free clinic in Brooklyn. Novak offered to make it look like the doctor was being investigated for fraud, so he wouldn't be tipped off.

Fin and Chester went to the hospital in Manhattan where Dr. Chanoor worked and wanted to know about his interaction with female patients. A nurse said he was always inappropriate with the women, but none of the nurses wanted file charges. After searching the doctor's office, they found an incriminating scrapbook and called Dr. Chanoor back for questioning.

Dr. Chanoor claimed he had never seen the scrapbook in his life. Then his face lit up and he recognized who did create the scrapbook, it was his son Henry. The detectives first met Henry when they discovered he was a janitor in his father's clinic. They later arrested Henry while he was on a bus on its way to Montreal. Henry proclaimed his innocence.

Chester and Fin hoped that if they praised Henry for his work, he might admit to his crimes. Their plan worked, Henry felt he was invincible and started bragging for being such a ladies man. At court, Henry was ordered to wear a monitored ankle bracelet until his trial was to begin. Chester headed back to Brooklyn, while Fin headed back to his Manhattan station.

Henry was reported missing by the cops when his ankle bracelet couldn't tell cops where he was. Fin and Chester accused Henry's mom of helping him escape. She said she was just protecting her son, something Henry's father never did. She refused to betray her son.

Henry called in a radio station to brag about his escape. Chester recognized the background noises and he and Fin tracked Henry down to a shipping dock, where he was about to ship off. Henry spotted them and took a hostage. Chester offered himself as a hostage and Henry went for it. Just as the exchange took place, Fin shot Henry. He survived and wanted to know how famous his crimes would be. Fin and Chester took Henry in to pay for his crimes. 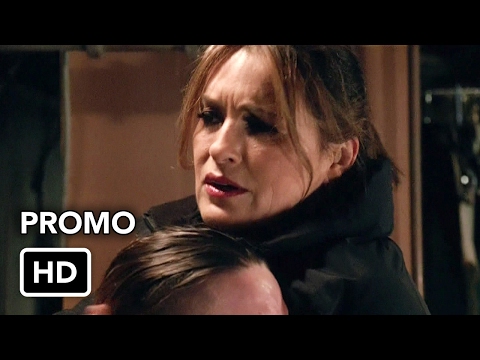