Stabler attended his son's confirmation with his estranged wife and his daughters. Afterwards, Father Dennis approached him with an interesting story. He let Stabler know of a man dying of cancer is the church's hospice. He said the man had a story that Stabler needed to hear before his death. Stabler agreed to go to the hospice.

Stabler paid Judson Tierney a visit at the hospice only to find out he didn't want to confess anything. Stabler was able to convince Judson he would locate his estranged daughter in exchange for a deathbed confession. His daughter, Sheila wanted nothing to do with him and instead gave the detectives a box of unopened greeting cards Judson had sent Sheila throughout the years. Each card contained a one hundred dollar bill.

Stabler convinced Benson to join him in talking to Judson. She agreed. He confessed to Benson that he hurt Sheila, but wouldn't reveal how. He dozed off before he could say anymore. Stabler returned to the lab to find out that Judson had done some time in prison many years ago. The lab also ran the one hundred dollar bills from the greeting cards and came to the conclusion it was stolen money from when Judson committed his robberies.

Stabler returned to Sheila for answers. She confessed to Stabler that when she was younger she discovered that her father cheated on her mother and she was the product of that affair. Her birth mother was not the mother who raised her; it was her father's lover.

Benson accompanied Judson to his wife's grave in upstate New York. He showed her a place he had hidden a pair of keys. He didn't reveal what the keys unlocked, so Stabler took it upon himself to try to find out. He found his answer, an underground bunker in Judson's old backyard. The second key went to a chest that was inside the bunker. Inside the chest were stacks and stacks of money. The third key unlocked another chest with a mummified body inside.

Benson called Judson out for not having any remorse for killing his old bank robbery partner, Jack. Judson let her know Jack had it coming. Judson told Benson that he did the world a favor killing Jack.

Stabler paid Jack's widow, Rita, a visit in Long Island. She told Stabler that Jack cheated all the time and she even knew of a child he had with one of his mistresses. Stabler and Benson later discovered that Sheila's biological father was Jack and Judson forged the papers.

Judson told Benson that years ago, Jack killed his mistress and that's when Judson stepped in and saved Sheila's life just as Jack was about to kill her, too. Judson killed Jack that night and raised Sheila as his own daughter and never told her the truth.

Stabler found out that there was already somebody else in prison paying the crime of murder that Jack had committed. Mike Mollinax was accused of murdering his ex-wife, even though he had always declared his innocence. Stabler was able to tell Mike that he was about to be a free man.

Novak had to get a sworn statement from Judson in order to free Mike from prison. Judson struggled through the entire statement, coughing and wheezing. Benson became concerned for the sick and dying Judson. Because Judson was on morphine, his statement was inadmissible and Mike had to remain in prison.

The only way to take Judson off his morphine was with his family's consent. Stabler went to Sheila and told her the whole truth of her parentage. She agreed to sign the papers to get Judson off his morphine, but wanted to make sure Judson was told that she did it for Mike and not Judson. She later decided to see Judson at the hospice, but last minute changed her mind.

Stabler was informed that Mike was involved in a murder while serving his sentence. Under those terms, Mike couldn't be released from prison after Judson told his story. Mike confessed the murder to Stabler, but claimed it was self-defense when a prison riot broke out.

Stabler was pleading with Novak to free Mike. Meanwhile, Judson was holding on to wait on word of Mike's release. Benson assured Judson that they were doing all they can. She told Judson that he could stop fighting in pain and he could die in peace. Stabler told Benson and Judson of Mike's pardon and Judson slipped away. Benson stayed by his side as he passed away. Sheila later sat beside her dead father and wept. 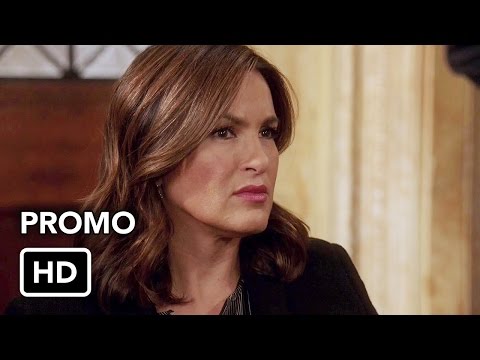