Two teenagers were fooling around in Central Park and were interrupted by a barking dog. When they tried to track the dog's owner, they came across a woman who looked like she had been attacked on the ground. She died before she could tell them who her assailant was. Stabler arrived to the scene to consult with the ME on how the victim, Danielle, died. Later on, the autopsy couldn't reveal details.

Stabler was watching the surveillance video of Danielle Masoner at a coffee shop, right before she died. Cragen walked in and told him to get some sleep and also told him that he might be getting his old partner back. Stabler was excited at the thought that Beck might return, but Cragen told him Benson was coming back.

Stabler returned to the scene of where Danielle's body was found. He searched the homeless camp nearby. He questioned a suspicious man who responded to Stabler with a punch to the face. Then he started swiping at him with a knife. Stabler was able to wrestle the homeless man to the ground. Turns out, the man suffered from a speech disorder, rendering him not able to talk.

A doctor informed Stabler that they had been studying Mr. Keener, the homeless man, for some years. Stabler tried to communicate with Keener through drawing hoping the man could be a possible witness of what happened to Danielle. Benson interrupted the interview and said she was sent to help Stabler because of his violent incident in the park.

Stabler and Benson did a stake out of the coffee shop where Danielle was last seen. With the description of a suspect from Keener, the detectives knew who they were looking for. They found a man in an arm sling in line for coffee. He fit Keener's description perfectly and Stabler and Benson took him in for questioning.

During interrogation, Steve swore that he would never harm Danielle and that she was a friend. He confirmed they were together for coffee and a walk in Central Park. He claimed she started having a seizure and he left the scene when he saw the teenagers approaching.

The detectives decided to question Wesley, Danielle's husband. Steve had told the detectives that Wesley was having an affair and broke Steve's arm when confronted on it. Wesley denied any accusations and the interrogation was cut short when Steve's attorney arrived and took him away.

Stabler and Benson wanted to confirm Wesley's alibi, so they interviewed one of the members from his dance company, Naomi Cheales. Naomi told Benson that Wesley and Danielle had the perfect marriage. Naomi's husband, Glenn, confirmed to Stabler that Wesley was cheating on his wife at the time of her death.

Warner called in Stabler and Benson to talk about Danielle's autopsy. She said that Danielle tested negative for all standard drugs, but when a more extensive test was performed, it was confirmed that Danielle was poisoned. The poison was rubbed on Danielle's skin and induced a violent seizure, resulting in her death.

The detectives obtained a search warrant for Wesley's apartment. While there, they found gloves and a bottle of the poison that was rubbed on Danielle's skin. They were even more surprised to find Naomi at the loft, as well.

Stabler and Novak tried to convince Wesley's attorney that they had a case against him. She informed them that all of the evidence was circumstantial. She also let on that she believed Stabler planted the evidence against her client.

Stabler and Benson were able to prove that Wesley did in fact buy the same poison that was given to his wife. He swore up and down that he did not make the purchase. They were surprised by a visit from Glenn looking for his wife. The detectives decided to have Glenn confront his wife about her affair. The detectives watched from another room. They were hoping she might divulge some more information about Wesley.

Glenn stormed off after he and Naomi's fight. The detectives checked on Naomi, she began to feel faint and she collapsed. Benson called for an ambulance and Stabler performed mouth to mouth. The doctors told Benson and Stabler that she was stabilized and she wasn't poisoned, instead she had a genetic disorder that affected her liver.

Stabler and Benson found out that Glenn had installed a microchip in his wife's shoulder so he could monitor her whereabouts at anytime. That also meant that he had been lying to the detectives about not knowing of his wife's affair. It was beginning to look like Glenn murdered Danielle and framed Wesley for the crime.

The detectives took Glenn to meet his wife at the hospital. He confessed everything to his wife and his paranoia that she was going to leave him for another man. Naomi began to pass out and her heart stopped. Benson grabbed Glenn and told him he better confess his crimes now or he would be looking at the death penalty. Glenn confessed to murdering Danielle.

Novak blamed Benson for throwing her case away. She thought it was not professional to bring a suspected murderer to the hospital to see his wife in order to get a confession. Just then, Cragen informed everybody that Naomi's liver failed and that she had 48 hours for a transplant. Glenn was a perfect match, but that meant letting him out of prison and since Benson already arrested him, they couldn't proceed.

After pleading to the judge, the detectives were allowed to take Glenn to the hospital so he could donate part of his liver. Naomi was thankful for Glenn's donation and told the detectives that Wesley hadn't even visited her in the hospital. Later, Benson and Stabler discovered they were the same blood type and agreed they would donate an organ to one another if the situation ever arose. 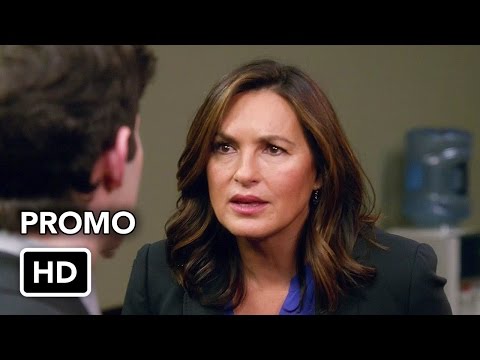