Munch called Stabler to the scene of a car accident, where a van had crashed into the river. Stabler was confused on why he was called to the scene, until he met the survivors from the crash, two small children with ligature marks on their wrists. The driver of the van was nowhere to be found.

Stabler was watching Beck interview the little girl, Eden, and was impressed that she was getting through to her. Cragen was watching Beck, too, and asked Stabler if he could see Beck on the SVU team. Stabler said yes and Cragen reminded him that meant replacing Benson with Beck.

Fin and Munch went to Queens to interview the driver's mother. She claimed she hadn't seen her son Frank in years. The detectives grew suspicious and found Frank hiding in her closet. Frank claimed that the kids' mother paid for him to transport the woman from Albany to Brooklyn. He said that the woman - named Alma - fled the scene and it was him who set the kids free when the van fell into the river.

Beck and Stabler watched Wong interview the little boy that was freed from the van. The boy's name was Mark and he refused to open up. It wasn't until Wong drew a picture of a house that the boy turned violent. He lashed out at Wong, and when Stabler stepped in to help, Mark stabbed him in the chest with a pen. Beck was there to help treat Stabler's wound.

Fin and Munch got a tip that led them to an abandoned home in Brooklyn. They thought they could find Alma there, but instead, they found evidence that there were small children living in the house at one time. They found scattered stuffed animals and a dumpster with old kids' clothing. Cragen wanted to know where Beck was.

Beck was back at the hospital checking on Stabler's condition. He grabbed her hand while they were talking and she began to tear up and back away. Stabler's estranged wife and daughters showed up to check up on his condition. He introduced them to his new partner, Beck.

Beck was called back to the station to talk to Cragen. He was disappointed that she ignored his orders and checked on Stabler, Mark and Eden before checking in with the other detectives. She wanted to continue her investigation and Cragen sent her home to get some sleep.

The detectives discovered the abandoned house was registered to Ignatius Petty Adoption Agency, an adoption program known for using children for money. They decided to pay the agency a visit and wanted to know their relationship with Alma. The owner denied knowing her.

Through a bug in the adoption agency phone, the detectives were able to find out where they could find Alma. They brought her in for questioning. Alma claimed that she brought the children to Brooklyn because their Albany foster parents couldn't care for them anymore. Alma thought she was doing a good thing bringing them back to the adoption agency.

Munch and Fin had found a smashed cassette inside the abandoned house. The lab was able to put the tape back together. When the detectives listened to a small girl pleading that she was suffocating and hurting, they heard three adult voices assuring the little girl she would be fine. The tape ended with the two adults frantically trying to wake the little girl. Stabler thought the tape sounded like a form of therapy, like a re-birthing technique.

Alma listened to the recording and told the detectives that one of the men on the tape was a child psychologist, Dr. Rieff. Dr. Rieff claimed he wasn't at the scene of Rose's re-birthing; he was giving instructions over speakerphone. The doctor led the detectives to Eden's last family home. The detectives showed up to Bud and Rita Gabler's upstate New York house and everything seemed normal. Beck took pictures to later show Eden.

Stabler and Beck returned to the house when Eden told the detectives that her little sister had been kept in the barn. When the detectives searched the barn, they found a little boy in a cage. Bud and Rita were arrested on the scene and Stabler took the scared little boy out of the cage.

Bud and Rita asked for their lawyer once they listened to their voices on the cassette tape. Novak later told the detectives that their cassette tape was thrown out as evidence because it had obviously been edited. The case was going to be a challenge, because all of the foster children were claiming that Bud and Rita never touched them and they wanted to go back home to live with them.

Dr. Rieff testified that Bud and Rita practiced the act of rebirth on Rose. They said that she needed it because she was unmanageable and violent. Bud and Rita were scared of Rose and had to lock their bedroom door at night. The doctor also talked about a study conducted on children who get neglected by their mothers. The study showed that kids become desperate for acts of attention, and can eventually turn violent.

Beck took Novak's advice and tried to get through to Eden. She hoped that Eden would talk about how life really was at Bud and Rita's house. Eden talked to Beck about all the abuse she had to suffer. She told Beck she would only testify if she could live with Beck. Beck said Eden could stay with her while Bud and Rita were on trial.

Beck woke up in the dead of night to find Eden standing over her. Eden said she couldn't sleep. Beck noticed flames behind the little girl and saw that her living room was on fire. Eden kept walking toward the fire as Beck desperately fanned the flames with her extinguisher. Eden told Beck she started the fire so they could die and be together forever.

Stabler informed Beck that Bud and Rita were convicted of negligent homicide. At the time, Beck was checking on an institutionalized Eden. Beck told Stabler she wasn't cut out for the SVU and had to leave. Stabler watched her walk away. 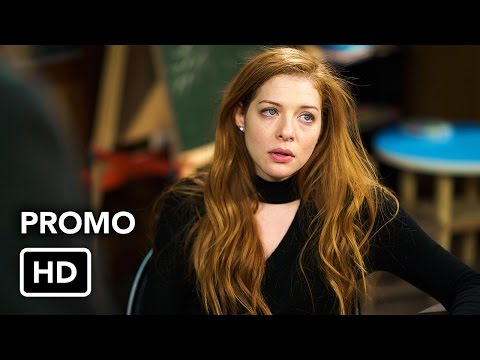