Detective Benson was being called to the stand in a rape trial, the only problem was she was busy working an undercover case in Oregon. While in Oregon, Benson was in police custody and in a hospital nursing an injury she sustained, while protesting a forestry project. Benson's big concern was that her cover was not blown. Before she had time to worry, she was being arrested for assaulting a police officer at the protest.

Before she could talk to any police officers, Benson asked for a lawyer. Benson continued with her undercover work, never revealing her true identity as a cop. As she left the station, an arresting officer asked if she recognized a picture of one of the pharmaceutical reps she had been protesting. Turned out, his body found stabbed to death and the officer wanted to know if Benson knew anything about it.

Novak needed Benson to testify in her rape case. The SVU had no idea where she had gone for her undercover work. Novak went to the FBI in hopes of getting answers. Meanwhile, Benson was trying to investigate the rep's murder that had all the signs of being a sex crime.

Benson tried to investigate the murder on her own time. She went to the murdered Carl Dunford's home, but found one of her arresting officer's there, instead. He told her to stay out of his investigation and warned her that she and her environmental group were still suspects in his death.

Benson got Carl's ex-wife to admit that she caught him with an underage girl and that's why she left him. Benson found the underage babysitter that Carl had sex with years earlier. Benson interviewed her and she admitted that the sexual contact didn't stop once he got a divorce. She told Benson of Carl's secret room he would take her to underneath the garage.

Benson searched Carl's underground room and found the murder weapon with his blood on it still. She was joined by an Oregon cop. He told her to stop investigating and run back to her environmental group. She made him promise he would keep her up to date on the investigation.

Benson couldn't believe it when she saw a press conference with the police taking all the credit for all the information she handed them. She was even more shocked when the FBI informed the Oregon police of Benson's undercover work. The FBI wanted nothing more to do with a defiant Benson or her assignment.

Stabler and Novak were desperately trying to find Benson so she could testify in their rape case. They found it hard to believe that the FBI had no idea where they placed her for undercover work. Meanwhile, Benson was back in Oregon looking for the missing girl that Carl was keeping in his underground room.

Benson located the missing girl, Britney, is an old fort she had heard Britney used to go to as a child. She interviewed her and found out she was responsible for Carl's death. Benson tried to convince Britney she was brainwashed and not in love with Carl. Britney didn't understand why she killed Carl because she was in love with him. Britney said she murdered Carl because he wanted her to find a younger girl for him.

Benson was able to get back to New York in time to testify in Novak's trial. Novak was thankful that Benson arrived just in time to save her case and to help put away a rapist. Benson assured the rape victim that there was no way she would have missed a chance to put a rapist behind bars. 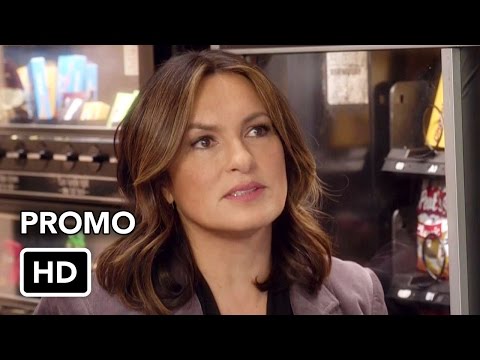