Stabler was woken up by his phone in the dead of night. It was Elizabeth Hassenback, a rape victim from months ago, who had just been raped again by the same man. Stabler urged her to stay at her apartment and he would be over. But, she followed her rapist into the dark streets of New York City. Stabler arrived to a crime scene, it was Elizabeth's dead body lying in the streets.

Beck and Stabler began to interview women whose stories were similar to Elizabeth's. Starting with Gina Maylor. She told the detectives how her assailant stayed with her for two days, raping her and humiliating her by making her urinate in a cup. Her story was so similar to Elizabeth's. He had also returned to Gina's apartment to rape her again, ten days later and return another time to rape her again.

Stabler and Beck interviewed another woman who's attacker had similar ammo to Gina and Elizabeth. The only catch was that she was only raped once. She was also pregnant and her husband wanted her to avoid stress. Stabler and Beck both suspected that Megan was raped a second time and her attacker was the father of her baby, but she didn't her husband to know.

Fin and Munch interviewed the property management business that all the victims' apartments were represented by. They found that one man represented all three apartments and had a master key to each victim's home. Fin and Munch decided to interview Ted Wilmenton to see if he was their rapist. Both women said he wasn't.

Beck told Gina that she needed to stop playing the victim and start taking action with her life. Gina was feeling pressure from Beck and walked away. Stabler let Beck know she needed to leave the SVU because she didn't know how to talk to victims. She argued with Stabler that she was responsible for giving victims information on how to take their lives back.

The detectives followed the lead that their rapist wants to impregnate his victims and that is why he returns to rape them, again. Because of her urine, Gina's rapist knew when she was ovulating again. So, they brought in a decoy to set a trap for the rapist for when returned to Gina's apartment to attack her again.

After following up on one of the employees with the property management company, Fin and Munch turned their interests to Luke Dixon, a former bio-chemist who was fired for sexual misconduct. When the searched his apartment, they found ovulation kits and boxes with calendars of rape victims and their ovulation dates. Fin and Munch now knew there were a lot more victims then just the reported five.

While the decoy was inside with police, Beck was outside navigating the area. She noticed a suspicious man outside with a hood. When she confronted him in an alley, it was Luke and he swiped at her with a knife. He had the knife pressed to her face as she tried to fight him off. She took over and began kicking and punching him until Stabler grabbed her off of him.

Megan and Gina both identified Luke as their rapist in a photo line-up. Luke's lawyer said he would be letting the court know about his client's injuries sustained from Beck during his arrest. Luke defended having ovulation kits and said everything was a misunderstanding. That he was not the rapist and that the victims were mistaken.

Novak felt her case was lost when she found out that Gina had committed suicide. Novak felt guilty because she thought she pushed Gina too far to testify. Beck and Stabler assured her it was nobody's fault. Stabler wanted to test Megan's amniotic fluid for DNA to prove that Luke was the father and the rapist.

Megan and her husband refused the amniotic fluid to be tested and Megan insisted that Luke was not the father of her child. Stabler was forced to arrest Megan for obstruction of justice and perjury. She later complied with Beck and took a test that said Luke was the father of her baby. Megan's husband was hurt that Megan took the test. Luke took a deal that would put him be in prison for the rest of his life.

Megan's husband asked Stabler how he would feel raising a rapist's child. He also said he was happier not knowing the results and believing he was the father. Later, Beck asked Stabler to ride with her to Attica prison to confront one of the men who killed her husband. Stabler took the trip. She showed her husband's killer pictures of her husband and wanted to make sure he knew what kind of man her husband was when he was alive. 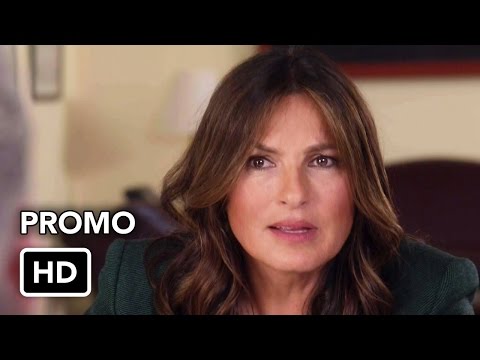