Beck and Stabler were called in to investigate the torture murders of a mother and her young daughter. Beck had a hard time adjusting to the crime scene; Stabler assured her that the first case involving a child is always the hardest.

Fin and Munch interviewed the woman who had reported Gabriella missing in the first place. Gabriella worked as a receptionist at a law office. The woman claimed that Gabriella didn't make enough money to care for her daughter Ilaria's asthma, so she would occasionally dip into the office petty cash, but she always paid it back.

Beck and Stabler discovered that Gabriella was having an affair with an associate at the firm. When he refused to cooperate, Beck embarrassed him on speaker at the tennis club, making him confess his entire relationship with Gabriella. He gave the detectives a clue: a homeless man who lived in a nearby park had been seen hugging Ilaria.

The detectives tracked down the homeless man and were suspicious of his newspaper clippings of sex crimes that had occurred in Manhattan. Stabler and Beck brought the man in to the station for further interrogation. After mental evaluation, they discovered he suffered from Alzheimer's disease.

After putting a trace on the messages from Gabriella's phone, the detectives learned that she had been selling her daughter's bike. They concluded that the killer must have known a little girl had been living with her mother. They also had teeth imprints that the killer had left on the two bodies. Now it was the detective's job to find out if they already had the killer in the system.

Munch couldn't believe his eyes when he saw who was in the holding cell. He demanded that the detectives let the man in there out because it was his uncle, Andrew. Munch let Andrew's assisted living facility know that he had been living homeless in New York City. Meanwhile, the detectives brought in a man who also fit the killer's profile. He had a criminal record and had served time for the rape and torture of a young girl years before. He had also left a fingerprint on the ad for Ilaria's bike.

Beck and Stabler interrogated the man, Brent Banks, hoping to find out if he was the killer. He was very self-confident, especially when the detectives asked to see his body. There wasn't one scratch mark on it. Then he took a stick of Beck's gum, not knowing it was a trap to get teeth imprints and see if they matched the victims' bodies.

Andrew had been misdiagnosed the first time. His mental ailment was able to be controlled with anti-depressants. He came back days later to show Beck that he had gotten better. She apologized for her behavior earlier with his interrogation. The two were interrupted when a woman came in introducing herself as Banks' first rape victim.

Andrew overheard Beck tell the rape victim that she wished she could give Banks the death penalty for what he had done. Banks trial was underway at the courthouse and Munch brought Andrew. It was loudly interrupted when Andrew started shouting out that Banks was guilty and that he overheard Beck say she wished he were dead. Munch later confronted Beck on what she'd said.

Banks was set free when the judge threw out the teeth imprints as evidence. Beck was not satisfied with the verdict and decided to watch him from her car on her free time. Stabler found her in her car outside Banks apartment and joined her. Andrew called her and started talking incoherently. She panicked when saw Andrew outside Banks' apartment as he was welcoming in a female guest

Stabler and Beck managed to keep Andrew away as they continued to follow Banks and his female guest to the subway station. They remained close by, but chaos ensued when Andrew showed up and pushed Banks into an oncoming subway train. Stabler couldn't believe what Andrew had done. Andrew thought he was making Beck proud.

Stabler convinced Beck to come to the hospital and join Munch with his uncle. Munch was so worried about his uncle and he felt terrible about what had happened. Munch tried to convince Andrew to take his medication and seek help for his mental illness. After denying help, Andrew said his goodbyes to his nephew and walked away. 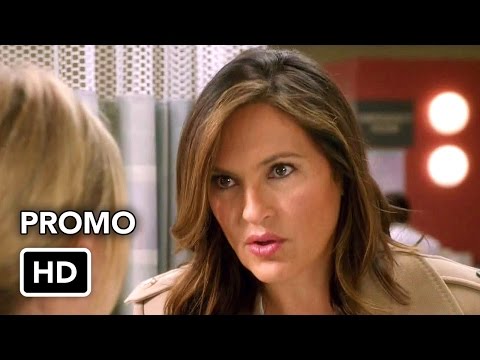