Munch, Stabler and Fin were called to investigate the case of two missing teenagers. They went missing from a field trip to a museum. The missing teens, Connor and Janey were very close, but Janey was four years older. She had a disease that made her appear years younger then she was. Connor's museum tracking device was found in some bushes along with a bloodied sneaker. Meanwhile, his father had received a phone call asking for a $300 ransom for the return of his son.

After they the detectives found Connor safe and part of a hoax, they turned their focus on Janey, who was still missing. Stabler and Fin questioned her estranged mother and her grandfather and got nothing. They followed up on a tip saying that Janey was forced into a silver SUV that looked exactly like her father's. When security cameras saw the SUV leave the garage, the grandfather didn't recognize the man driving it. When they examined the Janey's abandoned backpack, they found a broken drug capsule that was an experimental drug Janey had been taking.

Stabler found out that Janey's mother, Maya had given her consent to let Janey take the experimental drug that was to help increase the libido of girls with Turner's Syndrome. She told Stabler that it was all Janey's idea. She had told Stabler to not tell her ex-husband, Nathan, about the drug that her daughter had been taking.

The detectives interviewed the man who had met Janey on an online chat service. The man was also the same one who was seen driving Janey's father's SUV the day she went missing. He claimed that Janey just wanted to use him to drive her to Battery Park and drop her off. He claimed she was a weird kid and after she paid him, he wished he had never met her. Meanwhile, she was just setting up to make it look like a kidnapping.

Nathan was picked up at the airport and escorted to the station with his lawyer. Maya met him there and where the two began fighting on who's fault it was that Janey went missing.

Novak witnessed the fighting and told Cragen she was curious on why Nathan would bring his lawyer to the station. Novak also informed Cragen that his lawyer specialized in immigration, sparking the curiosity if Nathan was planning on moving her to Canada.

Stabler and Fin discovered that it was Nathan's assistant, Grey Hartley, that had been inquiring information to flee the country with Janey. They found Greg had taken Janey to a hotel that was under construction and that's where they found Janey wrapped in a blanket with blood. They called an ambulance to the residence to have Janey taken away. The discovered needles at the scene. They arrested Greg when he was caught with bystanders outside the hotel.

Stabler's wife was waiting for him at the station to confront him about his parenting. The argument shifted when she accused Stabler of postponing their divorce by not signing the papers. He couldn't come clean on why the papers weren't signed, yet. She stormed out on Stabler.

Greg denied raping Janey and said the sex was consensual. When Janey was asked from her hospital bed, she claimed she was trying to get pregnant and a fertility drug was what she was injecting in herself with the needles. Because of her syndrome, she would be hitting menopause at an earlier age and had a small window of opportunity to have a baby.

Stabler got Janey alone and talked to her about her relationship with Greg. She said that Greg had been the only guy she could relate to and talk to and she seduced him because she loved him.

Stabler and Fin were called to the aid of Greg when he had accused Nathan of assault. Nathan had offered Greg a check he promised to never contact Janey, again, and Greg ripped the check up. Later on at family court, Stabler brought up the fact that Greg had had a relationship with a 15 year old daughter of his former employee and that he had developed a pattern this time using Janie.

Janey's lawyer argued that there was never any proof of a sexual relationship between Greg and the 15 year old girl. Her lawyer tried to prove that Stabler was just bias because he had a teenage daughter and that he was having issues raising her, so he automatically sided with Janey's father, Nathan.

The Judge had asked Janey how she prepared to live if she emancipated herself from her parents. She said she would live with Greg and work to pay for college. She said she had accepted her syndrome and it was unfair that her father couldn't accept she was maturing into a woman. After the court allowed Janey to be with Danney, Stabler met his new partner, Detective Beck. 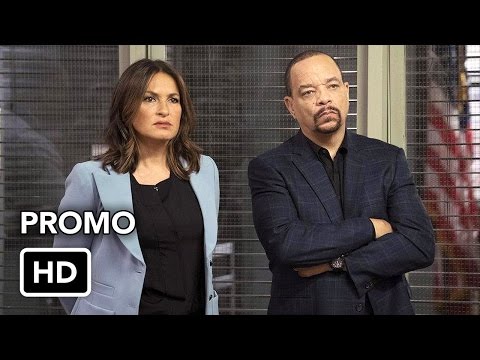