Continuing their investigation, SVU puts Vice and the church in its crosshairs, convinced they're involved in running the teen sex ring. Dodds (Andy Karl) leads the charge since Benson (Mariska Hargitay) has been reassigned during Tucker's investigation. When SVU questions the priests from St. Fabiola's and the Vice detectives, they all point to Tucker as an accomplice, but when Internal Affairs questions him, he maintains his innocence.

Nina scrambles to leave town with teen Natalia, convinced someone from the church is after her. As she leaves the city, a van runs her off the road. When SVU tracks her phone down, they find her empty vehicle and two sets of luggage - Nina's and Natalia's. After SVU finds Natalia in the hospital, she reveals she witnessed a priest rape and kill Nina - a story confirmed when SVU finds Nina's body in the woods. After Natalia fingers the priest responsible for Nina's death in the photo array, high-ranking church officials prove near impossible for SVU to get a hold of for questioning.

After getting warrants for church officials' financial statements, they find Father Eugene has been renting an expensive loft filled with bondage gear, and discover the priest has been taking scandalous photos of himself as a bondage servant. SVU sets him up, catching him in the act and brings the evidence to the monsignor. But the monsignor claims no church funds were used in Eugene's sexual activities and disowns him in a press conference, claiming the NYPD used their knowledge of Eugene's sins to blackmail him into helping Vice procure girls from St. Fabiola's for the sex ring.

In a last ditch effort, Carisi (Peter Scanavino) talks to Eugene, urging him to come clean so God may forgive him. Eugene tells SVU where to find buried records on the church property - damning records, including photos, receipts and guest lists. It's enough to bring the church officials down and clear Tucker's name. 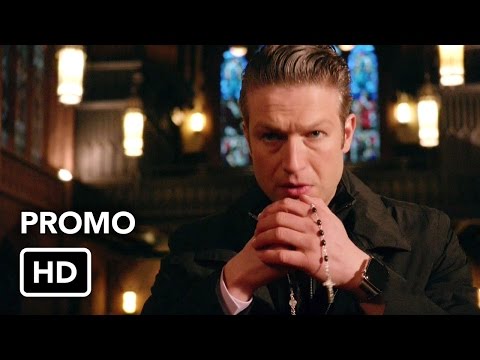