Lieutenant Olivia Benson (Mariska Hargitay) and Detective Fin Tutuola (Ice T) investigate a push-in rape believed to be perpetrated by a repeat offender who's already hit the precinct twice. The victims are related to a fellow officer, so everyone is on edge and especially motivated to capture the rapist.

While canvassing the neighborhood, SVU, paired with the local precinct, finds a bodega clerk who recognizes the rapist from a police sketch, saying the man was there within the past hour and might have had a gun. NYPD puts the neighborhood on lockdown. They spot the suspect and engage in a foot chase that ends with the cops shooting the man multiple times outside his apartment. Only after the shootout do the police notice that although the push-in rapist had an afro, this man - identified as Terrence Reynolds - has shorter hair. And while Detectives Louise Campesi, Kevin Donlan and Robert "Doom" Dumas insist Terrence was going for his gun, they find no gun on Terrence, who later dies from his injuries.

Amid doubts over the incident, Internal Affairs interviews the three officers, all of whom give identical testimony, arousing the suspicion of the interviewers. DNA tests come back, and while the two push-in rapists match, the DNA doesn't belong to Terrence. The rapist is still at large, and the officers have killed an innocent man.

Terrence's parents and their lawyer hold a press conference where they screen cell phone footage of Terrence running for his life. The footage shows he was pulling out his keys - not a gun - before attempting to put his hands up and surrender. Though Benson tries to convince ADA Rafael Barba (Raul Esparza) that SVU was following procedure, Barba isn't buying it, and convenes a grand jury to indict Campesi, Donlan and Doom. During the proceedings, Terrence's father takes the stand and says his son had no history of violent crime. He explains the strained relationship with police in his neighborhood and says that although Terrence didn't do anything wrong, he knew it didn't matter, so he ran. Barba then asks Doom why he only fired three shots when everyone else kept firing. Doom finally admits he doubted whether Terrence was armed and that if the officers had hesitated a half second longer, Terrence would still be alive today.

Members of the jury want to bring murder charges against Campesi, Donlan and Doom instead of reckless endangerment or criminally negligent homicide. Barba explains they'd need to prove intent, but the runaway jury is determined to move forward on this path.

Meanwhile, Detective Amanda Rollins (Kelli Giddish) runs into SVU lieutenant Declan Murphy and reveals she's pregnant with his baby. He's been undercover, trying to take down a sex trafficking ring in Serbia. But he assures her he will support her and come back to New York if she needs him.

That evening, a police officer is shot and killed, leaving SVU to wonder about the fate of police-civilian relations in the aftermath of their recent tensions. 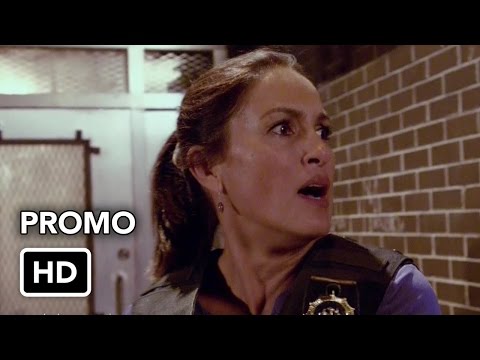