A starving toddler wanders away from his family's apartment in the projects in search of food. When he tries to buy a snack at a neighborhood bodega, a clerk calls the cops. At the Department of Child Services (DCS), Sergeant Olivia Benson (Mariska Hargitay) and Detective Sonny Carisi (Peter Scanavino) meet Keith Musio (John Magaro), the caseworker assigned to the family of the boy, whose name is Bruno. He leads them to the Ozunas' disheveled apartment, where they find Bruno's half-sister Keisha unconscious in a dog crate. At the emergency room, the detectives learn Keisha's organs are shutting down because of severe dehydration. Carisi asks Keith how Keisha looked two weeks ago when he last visited the Ozunas, but Keith can't remember - the family's case was piled onto his already overwhelming workload.

Detective Fin Tutuola (Ice T) tracks down and arrests Bruno and Keisha's mother, Manuela Ozuna (Jessica Pimentel), who defends starving her daughter in response to her disobedient behavior. Meanwhile, Detective Amanda Rollins (Kelli Giddish) and Benson meet with ADA Rafael Barba (Raul Esparza) and tell him Keith botched his case - he should've been able to prevent Keisha's death. The detectives speak to Keith and his supervisor, Janette Grayson (Whoopi Goldberg), who maintain that not only did Keith visit the apartment two weeks prior, but the family seemed healthy. The DCS Deputy Commissioner, Matt Sheridan, backs them up.

The detectives dig deeper and find that Keith backdated some case reports to say families were healthy when he hadn't actually visited them, with several of these documents being altered after Keisha's death. Barba holds a press conference at the DA's office and has Keith, Janette and Matt all arrested. At their hearing, defense lawyer Mickey D'Angelo argues they have no prior records and are civil servants, pleading not guilty on their manslaughter charges. Feeling the pressure and concerned he'll become the fall guy, Keith reveals Janette instructed him to stop counseling his families and focus on just maintaining records. Barba offers him a plea deal and gets him to admit he was forced to file false reports if he agrees to testify in court.

Barba addresses the jury, emphasizing DCS's failures and flawed policies, while D'Angelo argues that Keith and Manuela are the only people to blame for Keisha's death. Keith takes the stand and tells the truth about Janette and Matt forcing him to compose, backdate and file false reports. Next, Barba questions Janette and eventually provokes a breakdown where she rants about how difficult her job is and how it's the system, not the employees within it, that's to blame for tragic cases like Keisha's. Keith, Janette and Matt are all found guilty, and a mandate is in the works to change the culture at DCS.

After the trial, Deputy Chief William Dodds (Peter Gallagher) approaches Benson to let her know that she's passed her test and she'll be promoted to lieutenant. There is a catch, though. She'll have to have a sergeant under her. And that sergeant is his son. 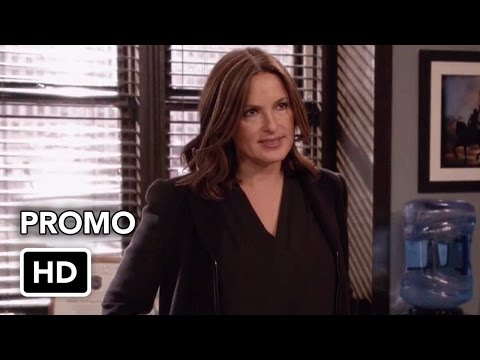