Olivia takes Noah to the doctor for a checkup, where he plays with another little boy named Aiden in the waiting room. Meanwhile, Aiden's teenage brother Gabriel goes to school even though he's getting sick. He and his friends then cut class and head back to his place to get drunk and have a rainbow party. SVU gets wind of the shindig when explicit photos of the underage participants go viral at their Tribeca high school, prompting Principal Schwartz to call NYPD.

The detectives head to the school to meet with the kids from the party and their concerned parents. Barba's chief concern is tracking down the images and removing them from the Internet, and he starts by confiscating every cell phone in the school. Some parents comply while others, especially Gabriel's mother, Trudy, are furious about the police infringing on their children's privacy. Trudy, who has a lifestyle website devoted to holistic medicine, is the Queen Bee of the Tribeca moms.

Just then Olivia gets a call from Noah's doctor - he's been exposed to the measles, and while he isn't showing symptoms yet, with his history of respiratory issues, the doctor wants him to be quarantined at home. Worried about her son, Liv warns Amaro to make sure Gil and Zara are vaccinated. Amaro then goes to pick up his son from school and learns the boy's mother is thinking of moving them to San Diego in a few months. Amaro is devastated - he can't believe he'll now be 3,000 miles away from both his children.

It turns out the kid who posted the pornographic images is Larry, a tenth grader and the son of pit bull lawyer Arlene Heller. When Barba calls in Heller to discuss her son, she goes off about how the hippie-dippy moms at the school didn't vaccinate their kids and lied about it. New York requires all kids in school to be immunized, so how are the measles spreading? The moms are colluding to find ways around vaccine mandates. Later that day, Fin and Amaro meet with Principal Schwartz and learn the school is closing for the week now that nearly a dozen kids are infected with the measles. Schwartz assures the detectives that every student has an immunization record signed by a doctor, but when they look at the paperwork they realize all the infected kids' forms were signed by the same doctor!

Amaro and Rollins go see the mother of one of the sick teenagers and learn Dr. Eric Setrakian falsified her child's records. But it wasn't her idea, the woman claims, it was Trudy's. She steers other likeminded parents to see Dr. Setrakian to get around the law, which they deem unjust. Barba informs her that what Trudy's doing is reckless endangerment, and she will be stopped.

At trial, Barba proves that Patient Zero of the Manhattan measles outbreak is Trudy's son Gabriel. A medical examiner even testifies that the outbreak was a direct result of Trudy's decision not to vaccinate her son. Olivia takes the stand as well, but soon after, learns that Noah has taken a turn for the worse and has contracted pneumonia. As she races out to see him, Trudy stops her and warns her about the dangers of vaccinations and giving Noah antibiotics to combat the pneumonia. Olivia has to hold herself back from an all-out fight with the Queen Bee.

Trudy then testifies that after being immunized, her nephew Braedon regressed into autism, caused by the vaccine. Barba argues that there is no scientific evidence to back her theory and that her decision to not vaccinate Gabriel led to 5,500 people being exposed to the measles and who knows how many more will get sick. She argues it's her child, her right, her decision, but Barba counters that she didn't just decide for herself - she made a decision that endangered others, taking away their choice. When the jury returns, they find Trudy guilty of reckless endangerment in the second. She'll get three months in jail and nine months probation. 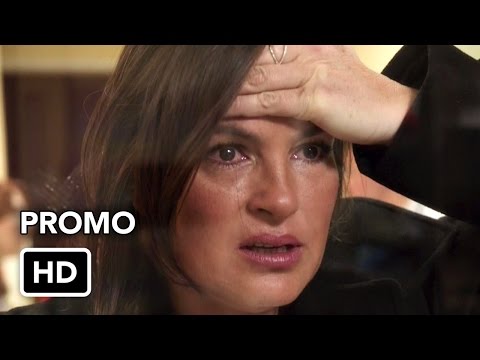