Carisi's little sister Bella has a big announcement: she's pregnant with her and her fiancé Tommy's first child! Carisi's excited but wary - Tommy has been in and out of trouble for years, and is currently on probation after doing time for selling weed. Bella assures her brother that Tommy has changed, as he heads out for an appointment with his parole officer. After waiting two hours to see her, Tommy's PO, Donna Marshall, finally shows up and immediately tells Tommy to take a urine test... in front of her. She threatens that if he doesn't comply, she'll send him straight to jail, so he reluctantly agrees...

The next day, a freaked-out Bella goes to see her brother - Tommy's missing! Carisi tracks him down to a drunk tank and learns he got into a bar fight the night before. Tommy explains he went on a bender after Donna made him have sex with her at gunpoint. A livid Carisi has a hard time believing a chronic screw-up like Tommy, so he confides in Benson, who explains that Tommy is a victim, even if he doesn't realize it. Donna forced him to have sex with her - that's rape. Carisi still doesn't get it - how can a man be raped? Benson explains that just because a guy can physically perform, doesn't mean he wasn't assaulted.

Victim or not, Tommy refuses to press charges. He doesn't want Bella to know and will just suck it up - he has only three more months on probation and no one's going to believe an ex-con. But Benson manages to convince him to come in, give a statement and have the clothes he was wearing tested. Rollins and Amaro interview him, and while his account is consistent, Rollins still has a hard time believing his story. His PO Donna has a great track record, and her boss, Ralph Kessel, is her biggest fan. Benson, who's still on Tommy's side, brings in Kessel to give some insight on Donna. Kessel thinks it's hilarious that a woman could have raped a man and demands to know who accused her, which Benson refuses to divulge.

Back at Tommy and Bella's apartment, Tommy tells Bella what happened, and she's furious. She thinks he cheated on her, and while Carisi tries to convince her Tommy was raped, she's not having it. Just then, Donna bursts in for a surprise home inspection and comes out of the nursery with baggies of oxycodone pills. Tommy swears they're not his, but Donna arrests him anyway, leaving Bella utterly devastated. Carisi and Amaro visit Tommy in jail and come to the conclusion that Donna must have planted the drugs in his house. They decide Tommy's best move is to continue with rape accusation to make the bust look like payback. Not long after, the DNA results come back. Tommy's clothes tested positive for Donna's saliva and fluids, so at the very least she broke the law. But it's not enough for Bella - she's reconsidering her relationship with Tommy and even whether or not she wants to keep the baby.

Back at the station, Benson and Rollins interview Donna, who claims Tommy came onto her, and while she should have stopped it, she went along with it out of loneliness. When Benson tells her Tommy says she raped him at gunpoint, she even starts to laugh and claims he's only crying rape because his pregnant fiancé found out. Benson is pissed - she knows Donna is lying right to her face. And soon, she gets confirmation. The lab report on the oxy found in Tommy's apartment shows no traces of Tommy. It does, however, show touch DNA belonging to Jordan Dolphy, a paroled drug dealer whose PO is also Donna Marshall. SVU bursts into Dolphy's apartment, where they find more oxy. The ex-con, with obvious track marks all over his arms, claims he's passed all his drug tests for the past three years, and that Donna made him give her the oxy. He then changes his story and admits Donna doctored his urine samples to get him off the hook... in exchange for sex. He sees it as a great deal - clean urine and free sex. Dolphy agrees to testify against Donna, as does Tommy. Now all Barba has to do is convince a jury that a woman can rape a man.

Donna's defense tries to make it seem like Tommy cheated on Bella, then made up the rape story to get sympathy after his arrest. They put Carisi on the stand, who stupidly admits Tommy wasn't even aware that a man could be raped by a woman, causing the defense to argue that SVU pressured him into pressing charges. But Barba knows as soon as he gets Dolphy on the stand, things will turn in his favor. The only issue is, Dolphy's disappeared! After searching for him all night, Barba asks for a continuance, but is denied. The prosecution rests, and the defense calls their first witness: Jordan Dolphy! Dolphy takes the stand and says SVU forced him to testify against Donna, as they had a trumped-up case against her that they wanted him to corroborate. He's the one who gave Tommy the oxy, not Donna, and he doesn't want his PO to go down for something he did.

Now Dolphy is Barba's witness, and he immediately gets him to admit that in the three years Donna has been his parole officer, he's never failed a drug test because he's clean. Dolphy adds that he sells oxy, but doesn't use it. Barba counters that Dolphy does use heroin, and while the defense protests, Dolphy has to answer because he has denied drug use. He claims he doesn't do heroin, but Barba forces him to roll up his sleeves, revealing track marks. Dolphy starts backtracking and "can't remember" what happened. Then suddenly he shouts at Donna's boss Kessel, screaming about how he said he'd fix it and make the drug charges go away.

After Dolphy's outburst, the defense comes to Barba and offers to plead guilty to evidence tampering and official misconduct. Donna will lose her job and get three years probation, but won't go to jail. Kessler is also going to be investigated. The judge agrees to drop the drug charges against Tommy and give him a new parole officer. While Tommy's off the hook, Bella is still on the fence about taking him back. Carisi explains that it took a real man to get up in court and tell the truth like Tommy did. He did it for her and the baby. After thinking it through, Bella comes around, and allows her future husband to move back home. 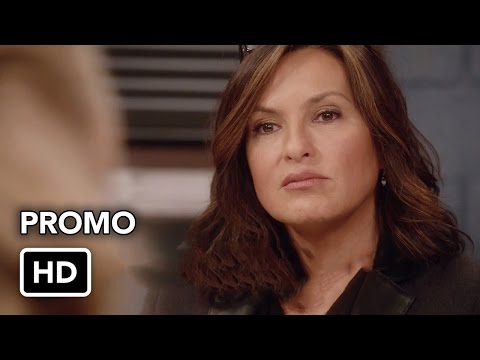