After last week's shocking discovery about baby Noah's paternity, Benson asks Barba over to her apartment for an off-the-book discussion. Hypothetically speaking, if Johnny D. fathered a child with Ellie Porter, is that something that NYPD would have to disclose? Benson, who's already started the adoption paperwork for Noah, is terrified to lose her baby boy to a sex-trafficking monster. Barba assures Olivia that Johnny D. doesn't have to know, and the worried mother breathes a sigh of relief.

Back at the station, Benson has two visitors: Delilah and Judith Briggs, the daughters of the literary icon Walter Briggs. They're worried about their elderly father, whose much younger sixth wife, Charmaine, pumps him full of erectile dysfunction pills and makes him have sex every day. Delilah and Judith are not only concerned about their father's safety, considering he has a heart condition, but they consider what Charmaine is doing to be rape, as Walter has dementia and cannot consent to sex. They believe their stepmother wants to have a child, and thus a larger share of his estate when he passes, but they can't stop her because Charmaine won't let them near Walter.

Rollins and Carisi stop by the Briggs home to do a welfare check, but when they try to speak to Walter alone, Charmaine refuses to let him out of her sight. Walt claims he's happy to keep his wife satisfied - it's his manly duty as her husband. It seems as if Walt isn't complaining, although he does appear confused and loses his train of thought easily. The next day, the detectives get word that Walt had a heart attack and is in the hospital. Rollins and Amaro visit Delilah at the off-Broadway theater she runs, and learn Charmaine is once again refusing to let Walt's daughters see him, despite a court order. Meanwhile, when Benson and Carisi go to see Walt, they learn Charmaine has removed him from the hospital against medical advice. Charmaine claimed she was transferring Walt to another hospital, but there's no sign of him anywhere. Walt and Charmaine are officially missing.

Luckily, Rollins has a lead on Walt's location. A private ambulance driver tells her he got a call to pick up Briggs and his "crazy wife," but instead of taking them to another hospital, Charmaine told him to go to a private airport in Westchester. Apparently they were taking a trip to Canada. The driver refused, so Charmaine made him stop the car in the middle of 57th Street, where she dragged the old man into a cab. SVU catches up with the couple at the Westchester airport, and instead of a trip to Canada, they get another trip to the courthouse. After what Charmaine put Walt through, Delilah and Judith demand to be appointed Walt's guardians. The judge asks Walt if his wife is taking care of him, to which he responds that she is. However, after further questioning, it's clear Walt has very little idea of where he is, let alone what his daughters' names are. The judge refuses to determine guardianship until Walt has a psychological and physical examination, so she sends him back into the hospital, with visitation rights for his daughters.

The next morning, SVU gets some unfortunate news. Briggs had another heart attack and died, and since the judge put off ruling on guardianship, his wife still has control over his estate - and his body. Amaro and Carisi get a court order and stop Charmaine from taking his body on another hide-and-seek trip. Upon examination, the coroner discovers Charmaine made one last attempt to have a child with Walter before he died by calling a specialized company to extract his sperm an hour before he died. With this latest information, on top of the blue pills and flight from the hospital, Barba is finally on board with the theory that Charmaine killed her husband, and is prepared to take the case to trial.

But just a day or so into the trail, Delilah, Judith and Charmaine receive a video message from Walter. In it, he thanks Charmaine for saving his life and accuses his ex-wives of turning his daughters against her. He tells Delilah that he stopped wanting to see her after she wrote a terrible stage adaptation of one of his books and wouldn't stop pestering him for the rights to it. He says Charmaine actually fought him on it, saying a father should see his children, but he refused. When Charmaine takes the stand, she explains herself further. Walter knew he was dying, and he wanted to die in peace. She crushed up blue pills in his food because he was proud and didn't need to know a drug was helping him perform. She wanted to have his child because she loved her husband.

After seeing the video, Judith confronts her sister, furious that she lied to her about Charmaine hating them and refusing to let them visit. In fact, Delilah was the reason Walter didn't want to associate with his children. She was more interested in her bad play than her father's love. Judith wants to take the stand for the defense, but instead, the two sides come to an agreement. Charmaine pleads guilty to criminally negligent homicide, and agrees to one year's probation on the condition Delilah doesn't put on the play. While Charmaine will be cut out of the estate, her unborn child still controls one third. A fertility clinic implanted a surrogate with her and Walter's child.

Meanwhile, Barba is dealing with family drama of his own. His abuelita is old and sick, and his mother is struggling to take care of her. Barba tries to convince his mother to put abuelita in a retirement home, but she refuses. They go check out a place, but his grandmother hates it - she wants to stay in her sixth-floor walk-up. Barba finally has to force her into a home against her wishes. Unfortunately, before he can, his abuelita is found dead in her apartment. She did always say she wanted to die in her own home. 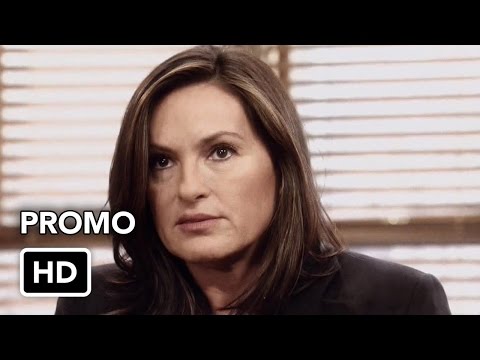