Rollins is back in town after going on a yoga retreat in Costa Rica to clear her head. She meets with Benson to tell her, and as they talk at a coffee shop, a girl stumbles by and finds herself in a dingy pizza place bathroom. There's a knock on the door, and a man comes in to check on her... or does he want something more?

As Olivia and Amanda leave the coffee shop, they see a struggle in the street - it's the girl and guy. She claims he raped her.

At the hospital, the detectives learn that the girl, Jenna Davis, had alcohol and anti-anxiety medicine in her system, and there's evidence of rape and fluid on her sweater. Jenna was last seen at the dentist's, who happens to be her uncle, Dr. Neil Alexander. She says after her appointment, she went to a friend's house. She felt sick so she left, then she went to the bathroom at the pizza place.

At the station, Carisi and Amaro question the man from the street, whose name is Jerome. He claims he never touched the girl, but SVU soon figures out that Jerome is Jerome Jones, one of the Prospect Park Three. He and two other guys confessed to gang rape, but the DNA was contaminated and all three recanted. They now have a $36 million lawsuit pending against the city. Barba refuses to charge him until the case is airtight - he doesn't want another lawsuit on his hands. For now, Jerome gets to go free.

When Jenna's dad hears this, he is furious and out for blood. As SVU works to put a case together against Jerome, Benson gets a call - Jerome is dead. The detectives rush to the scene of the crime and find Mr. Davis next to Jerome's body. He claims he was trying to record a confession and didn't mean to kill him. The video footage confirms this: Davis interrogated and tortured Jerome with a nail gun until he admitted he raped Jenna. But then suddenly Jerome couldn't breathe and collapsed. Davis tried CPR and called police, but it was too late.

After Mr. Davis is charged with Jerome's murder, TARU comes back with the pizza place's security footage. Jerome didn't rape Jenna - all he did was knock to see if she was okay because a line was forming for the bathroom. While the DNA from Jenna's sweater isn't back yet, it's clear Mr. Davis killed an innocent man. The question is, why did Jenna claim Jerome attacked her?

Back at the station, Jenna finally comes clean. She admits she was drinking at her friend's house, and remembers stumbling down the street. Suddenly the memories come flooding back - she has a hazy vision of being assaulted, and that her attacker wore a big ring just like the one her uncle Neal wears.

Carisi and Amaro head to Dr. Alexander's office under the pretext of trying to make a stronger case against Jerome. Since Neil saw Jenna that day, they'll need a DNA swab from him. The detectives also talk to his dental hygienist, Gia, who also happens to be his wife. Gia is quick to imply Jenna could have swiped some meds from the office, which is how she was so out of it when she left. She's protecting her husband - she must know what happened.

The working theory is that Gia gave Jenna the drugs and nitrous in the dentist's chair. She was so out of it, she didn't realize she was raped, but she was in pain, so she had a few shots of vodka at her friend's house. The alcohol combined with the pills made her totally out of it, and when she wandered in the bathroom and Jerome opened the door, she panicked, conflating the experience with being raped by her uncle. The theory becomes a fact when the DNA comes back - it's a match to Dr. Alexander.

When the detectives bring Neil in for questioning, he has an explanation for the DNA. He says he and his wife had a quickie in the chair right before Jenna's appointment. Jenna must have been hallucinating from the nitrous - he would never hurt his niece. But Benson has a theory: if he really did rape his niece while his wife was in the office, this couldn't have been his first time. She directs the detectives to hunt down prior victims.

Just then, Mrs. Davis arrives with Jenna to recant Jenna's statement that her uncle raped her. Mrs. Davis took Jenna to a therapist, who told her that her short-term memory was affected by the trauma and drugs. Jenna now refuses to accuse her uncle of attacking her.

With the case against the dentist in shambles, the team regroups and comes up with a plan to leak the story to the press. They know other victims are out there. The plan works - suddenly scores of victims come forward. Dr. Alexander has been doing this for years. With the truth staring her in the face, Mrs. Davis finally comes around, and in exchange for a plea deal for her father, Jenna agrees to help the police trap her uncle once and for all.

Wearing a wire and with SVU ready to pounce, Jenna meets Neil at a restaurant and confronts him about the rape. He denies it, but agrees to pay for her father's legal bills. As he gets up to leave, Jenna drops a bomb: she's pregnant. Neil tells her that's impossible - he's had a vasectomy. And with that admission, Neil seals his fate.

"Never met a bad man who wasn't scared of a baby," scoffs Fin as he cuffs Neil. "Works every time." 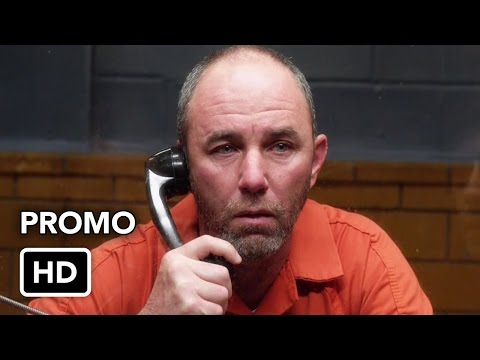