Nicolas Amaro stops by SVU to say hello to his son Nick, smooth-talking his way past Carisi and Benson. Nick is not happy to see him. He's barely spoken to him since he was 15, and now his father shows up out of nowhere and announces he's getting married and wants Nick at the wedding.

Nicolas takes Nick to lunch and tries to talk to him, showing him photos of his much younger fiancée, Gabriella. Nick is skeptical, even when he learns his mother has apparently forgiven her abusive ex-husband. Nicolas tries every trick in the book to get Nick to open up, even mentioning Nick's son whom he apparently didn't know about for years. That's the last straw for Nick, who walks out. He isn't ready to forgive his father for years of mistreatment.

Nick goes to his mother Cesaria's house, where he learns his mother and sister Sonya are going to the wedding. Sonya brought Zara back from LA as a surprise - she's going to be a flower girl in the wedding. Nick is furious - he can't believe they schemed behind his back and are bringing Zara with them.

At the rehearsal dinner that night, everything is going well, until Nicolas spots another man dancing with his fiancée. Suddenly a fight breaks out, and a terrified Zara hides under a table and calls Nick, who comes racing to the scene. He gets Zara and his family out of harm's way, and then spots Gabriella being wheeled out on a stretcher. She says Nicolas hit her for disrespecting him, but when she realizes Nick is his son, she recants her story. When Nicolas is escorted out of the party, he begs Nick to give him special treatment, but he refuses.

Benson joins Amaro at the hospital, where she learns an EMT overheard Gabriella telling Nick that Nicolas hit her, but changed her story later. The EMT thinks something Nick said to her in Spanish changed her story. Now she says she was dancing with a guest named Javier, who followed her to the bathroom and assaulted her, and then Nicolas defended her and she hit her head against the wall accidentally.

Carisi and Fin go talk to Javier Arenas, who denies assaulting Gabriella. He never followed her to the bathroom either - and Gabriella's father Luis can back him up. When the detectives question a badly injured Luis, he says he saw Nicolas follow Gabriella downstairs and come back up a few minutes later, grabbing some ice for his hand. Luis then went to check on his daughter and found her bloodied. That's when he attacked Nicolas.

Nick gets pulled into Internal Affairs, where Tucker reprimands him for pressuring a victim. Amaro denies it, and Tucker believes him, but Nick needs to steer clear of the investigation so it doesn't look like a cop is pulling strings to protect his family.

Nick meets with Nicholas in jail, and recommends his father take a plea. Nicolas refuses and starts screaming at Nick. Because Nicolas won't cop to what he did, Barba and Benson now need Nick to testify against his father. He's the only one who can establish a pattern - Nick's childhood was a violent one.

That night at dinner, Nick's sister and mother are still inexplicably taking Nicolas' side and are furious with him for tearing the family apart. Nicolas already did tear the family apart, Nick argues, but neither woman wants to listen.

The trial isn't going much better. As Barba puts it, it's a "he-says, she-won't-say" case. Nicolas has spent the whole trial smiling at the judge and flirting with the stenographer - he's got the whole room on his side.

"It's the story of my life," Nick responds. "He beat my mother, and she'd testify for him if he asked."

Barba won't pressure Nick to testify against his father - it might not even sway the jury. But Nick knows it's something he has to do for himself and for his family. Outside the courtroom, Nicolas tries to pressure Nick into backing down, but Nick won't budge.

On the stand, Nick reveals why he believed Gabriella's initial outcry, that her fiancé had beaten her. It was because he recognized what set his father off.

"Whenever he was jealous or felt like he'd been disrespected, that's when he would beat my mother - and me," Nick says.

Nicolas' attorney tries to discredit Nick's testimony by bringing up his anger management issues, and suggest he's using this case to punish his father.

When it's Nicolas' turn to take the stand, he maintains that it was all Javier's fault and Gabriella accidentally hit her head. He has everyone fooled, and the jury returns with a not-guilty verdict after only 20 minutes.

That night, Nicolas comes by the station to have a word with his son.

"I had to say what I said on that stand... I'm too old for jail," he says. "I put you in a horrible position. Can we start fresh?"

But Nick isn't ready to let go of the hatred. Not now and maybe never. 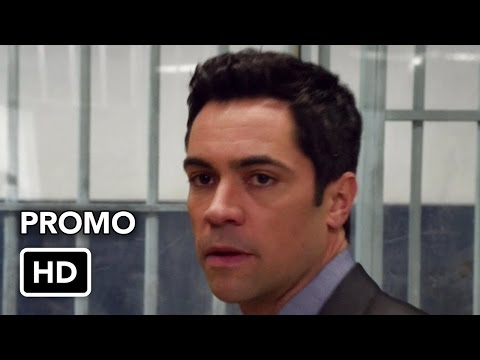