A young girl walks out of an apartment building into a cab. Once inside, she immediately changes into a sexy black dress, applies makeup and downs vodka straight from the bottle. Fast-forward to the next morning, and the girl is passed out on a bed. She's then stuffed into a suitcase, rolled out of a hotel and deposited by a pile of garbage in a dark alley. A police officer finds her and she is rushed to the hospital, where she finally opens her eyes to see Benson and Amaro.

The last thing 15-year-old Madison remembers is leaving her uncle's apartment on the Upper West Side to go see Wicked. She says the cab driver locked the doors and started driving wildly - she was terrified. He pulled over, gave her some pills, and that's all she remembers. The detectives quickly figure out that she's lying, and that Madison had been Instagramming with Scott Russo, a pretty-boy actor/painter/philosopher, and later went to a hotel in Tribeca, where Russo was staying for a film festival. Madison admits she went to a party at the hotel with Russo and that she blacked out from drinking.

Fin and Carisi head to Russo's hotel suite, where he's sitting on the floor playing a sitar with an Indian man. He admits he texted with his fan and even had a drink with her, but he left her in the booth at the party. His actor pal Skye Adderson can vouch for him, as can Lydia, his manager.

Since the detectives aren't getting answers from Russo's camp, they head to hotel security to get camera footage from the night before. Only, an employee tells them someone claiming to be an NYPD detective already came by and collected all the footage. Meanwhile, Skye tells the detectives he saw Russo and Madison, but instead of vouching for Russo, he says that he went to speak to a producer and when he came back, they were both gone. Things aren't looking good for Russo, especially after celebrity gossip site LMZ posts a video of him kissing Madison at the party - and then her following him to his hotel room. Well, that solves the mystery of who stole the hotel security footage!

Fin and Carisi arrest Russo, but he maintains he's being accused of a crime he didn't commit, which coincidentally is the plot of his latest movie, "Falsely Accused."He claims that if they had the rest of the video, they'd see that he shut the door on Madison. In fact, he spent the whole night with his married co-star, Catalina Sorro, who just so happens to be on a 19-hour flight to New Zealand.

Benson and Amaro try to get more of the story from Madison, who admits she was with Russo and says that they're soul mates. She took some of his pills to calm her nerves and everything was fuzzy, but she definitely remembers having consensual sex with Russo. This girl's changed her story so many times, ADA Barba is worried he doesn't have a strong case. The key is finding the rest of the security video. Without it, they don't have enough to nab Russo.

In order to get the footage, Barba serves LMZ host Lenny Simmons with a summons to reveal his video source, the cop impersonator, or he'll be held in contempt. But despite the threat of jail time, Lenny is a no-show in court, so Benson has him arrested in front of his cheering employees.

Behind bars, Fin goes undercover and befriends Lenny, who admits he has a vault of dirt on celebrities and spills everything about the Russo case, including his source: Lydia Lebasi. The detectives bring Lydia in and threaten her with hard time if she doesn't cooperate. She admits Russo called her after Madison OD'd in his bed, and so she fixed the situation. Russo is once again arrested, but not long after, Madison races into the station and exclaims that Lydia is lying about all of it.

Now Madison's story is that she and Russo made out, but when he found out her age he got scared. So she followed him upstairs, and when he opened the door, she saw Catalina behind him in a robe. After Russo told her to go home and shut the door, Skye found Madison crying in the hallway and invited her into his room to clean up. She took some pills and they had sex. The next thing she knows she's in the hospital. She didn't tell the detectives earlier because she was afraid Russo would think she cheated on him. So is Madison finally telling the truth? If so, why would Lydia frame her own client? The only way to find out is to bluff...

Benson and Fin talk with Lydia and Skye to get to the bottom of this once and for all. Skye claims he was with Lydia after the party and fell asleep on her couch, but Fin tells them their story doesn't match the security footage. Skye panics - he thought that footage was missing, which it still is, but he doesn't know that. The detectives talk circles around Skye and Lydia until he messes up and mentions Lydia bringing in the suitcase. It was all Lydia's idea. She didn't want some stupid girl screwing up his career. Lydia confesses and the charges against Russo are dropped.

Afterwards, Russo turns to the cameras and makes a speech to his adoring young fans that, for him, being falsely accused and then exonerated isn't just a movie, it's real life. Benson and Carisi look on, disgusted. 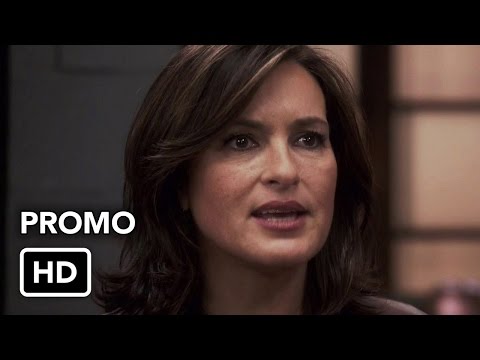