The next morning, the squad gets a call: Reese has been raped in her hotel room. Rollins is upset, but definitely not surprised. At the hospital, she and Benson learn that despite disclosing the rape to the ER nurse upon arrival, Reese has now recanted and says she fell in the bathroom. Only when Rollins leaves the room does she tell Liv what really happened. Patton raped her, but she refuses to press charges or testify. Patton got them adjoining rooms, and when they got back to the hotel after dinner, he invited himself to her room, ordered champagne and forced himself on her. The next morning, a maid found her unconscious in the bathroom.

Back at the station, Dodds pulls Rollins in to get more info on Patton. Rollins is reluctant to say anything about Patton, and Dodds refuses to pass judgment until he personally interviews Patton. After all, he's a fellow officer.

In the box, Patton admits he had sex with Reese, but it was consensual. He claims they were having an affair and she wanted him to leave his wife, but he refused. The rape allegation is nothing more than payback on her part. In fact, he thinks Rollins put Dodds up to the whole thing. She has an axe to grind with him, and back in Atlanta, she had a reputation for getting around. She once even threw herself at him in an attempt to save her sister. From the other side of the one-way mirror, Rollins looks on, horrified.

That night, Fin finds Rollins drinking alone at a bar. She doesn't want to talk about her history with Patton, but Fin gets it out of her. Rollins was his shiny blonde protegee - and then her sister got arrested. He said he could make it go away if she slept with him. She says it wasn't rape because she technically consented, and she doesn't want to get involved. Reese will eventually get over it, just like she did.

The next day, Rollins repeats her story to Benson, Barba and Dodds, and learns that if Reese won't come forward, the whole thing is moot because they can't press charges. Rollins volunteers to go get her to talk.

In Reese's hotel room, Rollins confronts Reese, who says she's keeping her mouth shut and going home. She doesn't want to ruin her reputation and be called a slut, which is exactly what happened to Rollins. She knows the good old boys' game and that she can't win it. She wasn't having an affair with Patton, even though Patton has her boss Reynolds backing up his story. That's when Reese realizes that everything they said about Rollins was a lie. She agrees to press charges and Patton is arrested for rape.

At trial, Patton's lawyer tries to pick apart Reese's story by asking why she didn't scream or fight back, as she was trained to do. She says she froze and was humiliated, but the lawyer continues to poke holes by focusing on how she was drunk. It hurts Rollins to watch Reese get ripped apart, and when she runs into Reese crying in the bathroom, she decides she must take the stand, as much as she doesn't want to. When Rollins practices her testimony with Barba, she goes through her story, which is eerily similar to Reese's. However, the judge refuses to let Rollins testify in court.

Patton, however, does take the stand, maintaining that he had an affair with Reese, despite being her mentor. While Rollins cannot testify, Barba does hint at Patton's prior bad acts, prompting him to go off about Rollins.

"Are you talking about Amanda Rollins? I didn't rape her or that other girl, or any of 'em!" he cries, as his lawyer tries to quiet him. "That's what they say when they don't get what they want!"

Despite Patton's comment being stricken from the record, Barba presses on, questioning Patton as to why he would claim he went into Reese's adjoining room because his key card didn't work, when they were supposedly having an affair. And how would he know the adjoining door would be open? Suddenly, Patton starts coughing and clutching his chest and left arm - is he having a heart attack?!

That night, Benson brings Rollins into her office. Patton didn't have a heart attack, just an anxiety episode. She tries to convince Rollins to seek treatment to move past what Patton did to her. She is still blaming herself and it's affecting her work. Rollins reluctantly agrees to see Benson's therapist, but when she gets to the office, she runs out the door before her session can even begin. She does, however, agree to take some time off from work to heal.

Meanwhile, Patton's lawyer wants to negotiate a deal, due to his client's health issues. Patton will plead guilty to Sexual Abuse 3 and go on the registry, but will not serve jail time. He will also resign from the Atlanta Police Department. Barba goes along with it, as long as Patton allocutes to the rape in court. Patton reluctantly agrees.

After hearing Patton admit to attacking Reese, Rollins walks outside the courthouse and takes a deep breath. Maybe now she can finally put her Atlanta nightmare past her and forgive herself. 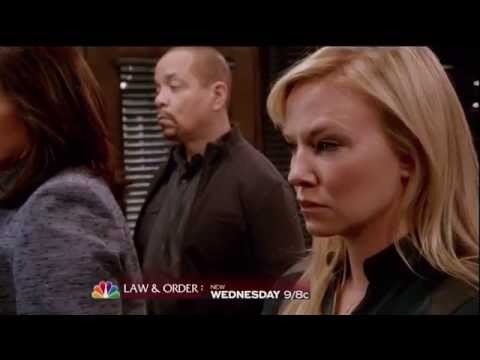 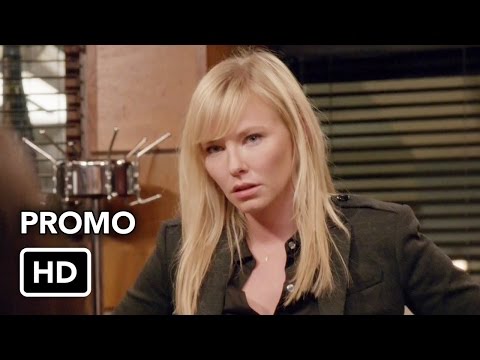