It's midnight on the night after Halloween, and 13-year-old Mia and Perry drag Mia's little sister Zoe to the woods to find Glasgowman. Suddenly they hear something and go running. Zoe goes missing.

The next morning, Zoe is found by a birdwatcher. She has head trauma and multiple stab wounds. The birdwatcher says she saw a hulking man hunched over the girl's body before he took off into the woods.

Zoe's mothers, Joan and Robin, talk with Rollins and Amaro at the hospital. Zoe and Mia were supposed to be sleeping over at their friend Perry's house, but they stopped answering their phones, and now Mia and Perry are missing. When Amaro and Rollins gets to Perry's house, her single mother Barbara claims Perry was staying with Mia and Zoe. Rollins finds the girls' phones buried in Perry's hamster's cage.

At the hospital, Zoe is out of surgery and ready to talk. She tells Benson that Perry and Mia wanted to go to the park because the spirits would be out. They brought a camera in case they saw something scary. Suddenly they saw someone and started screaming for Zoe to run. That's when he caught her and knocked her down. It was the Glasgowman.

Police search the woods and find a homeless man who fits the description of Glasgowman, but there's no sign of the girls. At the station, Zoe recognizes him but doesn't remember being stabbed. It turns out Glasgowman is 36-year-old Charlie Dorsey, a former mental patient who stopped taking his meds and went off the grid. He's paranoid and delusional, but swears he found the little girl bleeding and saved her. He leads them to the GoPro camera the girls dropped when they ran. Rollins also finds bloody knives, but Charlie claims they're for hunting and fishing.

On the GoPro, the detectives recover more footage from the night the girls went missing, in which they discuss using a map to find Glasgowman's mansion. At the hospital, Zoe reluctantly explains that if Glasgowman likes you, you get to live in his mansion that contains portals to other realms. They got the map to the mansion from Leslie, Perry's new babysitter, who told the girls scary stories.

The team heads to Leslie's apartment, which is covered in drawings of Glasgowman and his mansion. Leslie tells them Glasgowman is just lore - he used Charlie's image and created a graphic novel around him. On the wall, they find a painting of what Leslie calls the gateway to the mansion, based on one of Charlie's hideouts in Untermyer Park.

Amaro, Rollins and Carisi hunt down the location and find the two girls barely breathing and covered in blood, with a knife and a stabbed, dead cat nearby. Perry whispers that Glasgowman did this to them, and he said he'd come back to bleed the devil out of them... but never did.

At the hospital, Mia says that Glasgowman started chasing them in the woods, but Zoe tripped and fell. They came back and saw him standing over her body, stabbing her relentlessly, until they yelled to leave her alone. That's when he caught them and told them if they didn't go with him he'd bleed them out right there.

In a separate hospital room, Perry tells the detectives that the girls walked for hours and then Mia started crying and said she wanted to go home. Glasgowman got angry and forced them into the gatehouse, where he tied Mia up and killed the cat. He was about to tie Perry up when he heard helicopters, so he stabbed her and took off. Perry said this all happened last night - Sunday night. Carisi shows Perry photos and she picks out Charlie as Glasgowman, but Charlie has been in police custody since Sunday afternoon.

Rollins then gets an update from the girls' doctor, who says the stab wounds on Perry aren't as deep as the ones on Zoe and they're all on the left side of her body, mostly on her arm. While Perry claimed she was stabbed the night before, the wounds are fresh - only an hour or two old at most.

The squad gets more disturbing information - the knife found in the gatehouse only has one set of prints on it - Perry's. Perry must have stabbed herself after tying Mia up. The DNA from Charlie's knife is Zoe's, but the knife handle has DNA not just from Charlie, but from Perry and Mia as well. It looks like Charlie was telling the truth.

Carisi and Rollins confront Mia, who admits she and Perry were going to scare Zoe by leaving her in the woods, but they'd never hurt her. Perry brought the knives, which she said were for protection. It was all Perry's idea - she tripped Zoe, hit her with a rock, and told her to stab her sister. Perry then went crazy stabbing Zoe, and when Mia shouted for her to stop, Perry said she'd kill Mia if she didn't do what she was told. Perry held a knife to Mia's throat and said they were going to Glasgowman's mansion. She looked crazy.

Perry claims she was following Glasgowman's orders. He comes to her at night and communicates with her. He gave her a mission - to take innocent blood, or he'd take her breath away at midnight. She had to prove her loyalty by killing Zoe, but when she stabbed her, she didn't feel Glasgowman's presence. He must have switched the plan, she says. He then led them to the gatehouse in the form of a cat. When she looked into the cat's eyes, he told her to murder Mia. The cat had a hold on her, so she stabbed it through the heart because she didn't want to kill her friend. Glasgowman tricked her.

At family court, Perry continues to explain what happened on the stand. Glasgowman told her they'd live a true life in his mansion, but he got angry when she wouldn't stab Mia. She stabbed herself instead but that wasn't enough. She says that because the police came and saved them, the world is an unbalanced place. Glasgowman's partners from other realms will come and kill them all.

The judge recommends Mia and Zoe get psychiatric care. As for Perry, due to her testimony and her psychiatric evaluation, she will be sent to a mental facility to get the help she needs.

In the elevator, Carisi looks down and sees something disturbing: Mia and Perry clasping pinkies behind their backs for a split second. 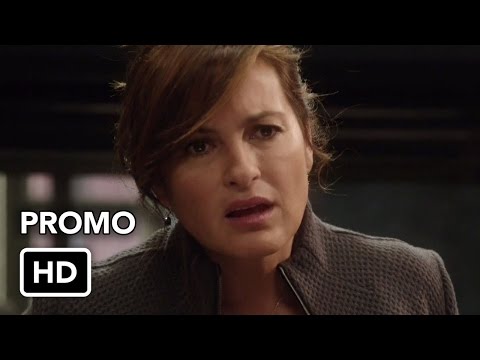