Evie Barnes, a waifish, nerdy girl with glasses, sits on a casting couch. She's being filmed taking off her clothes. She needs the money to pay for her college tuition. Two men walk into the frame...

In a Hudson University dorm room, two freshman boys, Daniel and Matt, watch Evie's performance in "Eighteen With a Bang!" As the two men slap her around, Justin recognizes Evie as the mousy girl from class, and the guys decide to invite her to a party. That night, when Evie shows up, Daniel and Matt lure her to the bathroom, where they corner her...

The next morning, Rollins and Fin head over to Hudson after getting a call from Evie's RA. The bruised freshman tells the detectives that she didn't have money for her tuition, so she answered an ad for modeling work. But it wasn't modeling work - it was pornography.

Daniel and Matt claim they had consensual sex with Evie, and while they roughed her up a bit, she liked the stuff they did. Plus, her "Eighteen With a Bang!" video was much more hardcore.

What Rollins failed to mention was that Evie told her Daniel may have recorded the rape. Just as Benson sends Rollins to find the tape, Counselor Buchanan, who is representing Daniel and Matt, stops by. He hands over a flash drive of Daniel's video, as well as a second flash drive with a dozen other adult videos. It appears Evie was more prolific than she let on.

With a delicate he-said-she-said case, SVU's plan is to play the boys off each other. Carisi talks to Matt, who admits Daniel's family is paying for their joint lawyer. Carisi puts it in Matt's head that whoever cuts the first deal gets the best deal, which may be why Daniel is in with Buchanan first. He advises Matt not to let his lawyer make him take the fall.

Matt then meets with Buchanan, Fin and Rollins, where he finds out that Daniel told SVU that Matt was the one who invited Evie to the party and convinced her to make a sex tape. Daniel playing dumb would let him off the hook, but Matt says that's not how it happened. Buchanan tries to get his client to keep his mouth shut, but Matt thinks he's on Daniel's side and fires him on the spot.

Matt then makes a full confession - he showed Daniel the video and invited Evie to the party, but everything after that was Daniel's idea. Only after the bathroom incident did Daniel tell Matt they were guilty of rape, that it was on video, and that they'd both go down for it if they didn't lie and say Evie wanted it. At first, Matt didn't think you could rape a "girl like that."

Benson and Barba then sit down with Evie and her parents, who are so upset with Evie, they refuse to attend the trial. Benson tries to explain to Evie's father that his daughter is a victim, but he storms out, his wife close behind. Although devastated, Evie is determined to testify to show people she did nothing wrong.

"We have seen that you're a very gifted actress," he says. "How do you expect these boys, or this jury, to know the difference?"

It appears, however, that the jury can tell the difference, as they find Daniel guilty of rape. But before Evie can celebrate her victory, she is handed papers from a lawyer; she's been expelled from Hudson University for violating the code of conduct.

Furious, Benson meets with the university's president and accuses her of victim blaming. The president claims she expelled Evie not for her accusation against Daniel and Matt, but for making violent adult videos. Benson's meeting quickly gets back to Davis, who reprimands her for overstepping her bounds. Benson asks Davis if his concern has anything to do with Hudson being the city's largest landlord.

At sentencing, the judge shocks the courtroom by setting aside the jury's guilty verdict, claiming he did not see behavior rising to the level of criminal charges brought against Daniel. He says there is no way to conclude beyond a reasonable doubt that Evie's "no" truly meant no. Barba is livid at the judge's blatant abuse of power, and accuses him of setting rape law back fifty years.

That night, Evie's mom rushes to the precinct; Evie is missing. She shows the detectives her daughter's computer, which contains a video message of Evie holding up a tablet with a text scroll that reads:

Evie has returned to the only place she felt respect: the world of pornography. Rollins and Carisi find her on the New Hampshire set of a new film. She refuses to go back home and she can't go back to Hudson, so she's doing what she does best. The detectives are powerless as they watch Evie drop her robe and step onto a set where a dozen half-naked men are waiting for her. 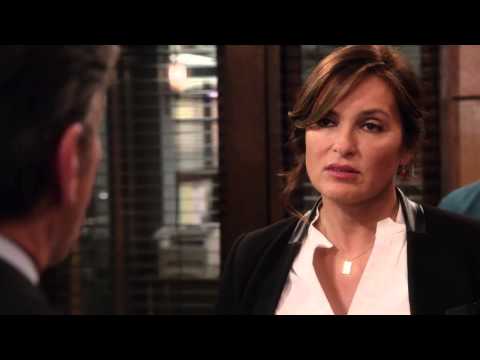 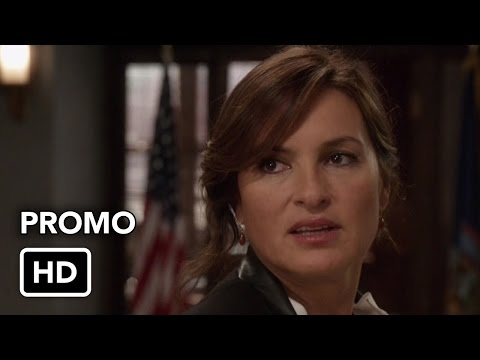