Amaro is called to the scene of a car crash, where two women are screaming at each other. It turns out that one of them is Tensley Evans, a former child star and current hot mess, who fled her court-ordered rehab facility and drove while intoxicated. Before she can be arrested for a DUI, Tensley jumps back in her SUV and flees the scene of the accident, with Amaro in pursuit. When he catches up to her, she offers him sexual services as he cuffs her.

At her arraignment, Tensely pleads not guilty and accuses Amaro of being sexually inappropriate with her. She claims he said he'd let her go if she got in the back seat with him, which is why she drove off. However, the dash cam footage from Amaro's police car proves Tensley is lying - Amaro handled the arrest by the book.

Caught in her lie, Tensley makes up a new one - that the psych director at her rehab center sexually assaulted her. The detectives are skeptical of Tensley's story, while her pushy stage mother believes her precious daughter can do no wrong.

At the Strength Hope and Recovery Center, the detectives meet with Dr. Jim Durant, who denies ever acting inappropriately with Tensley. He explains that Tensley attempted to seduce him during one of their sessions. Dr. Durant assures Rollins and Carisi that the center's staff was nothing but professional, but Tensley did have an encounter with a boy - her roommate's 15-year-old son. They were caught on security cameras engaging in oral sex, and while he informed the boy's mother, she didn't want to pursue the case.

Meanwhile, Benson heads to IAB to speak with Tucker, who, after the latest allegation, is out for Amaro's blood - and his badge. Benson shows him the dash cam footage that exonerates Amaro, and Tucker reluctantly allows him to return to SVU.

Amaro and Rollins meet with Gregory Miller, the boy who hooked up with Tensley. Greg says that being serviced by the Hollywood starlet was the best thing that's ever happened to him, but his father doesn't feel the same way. He is livid and wants to press charges.

Tensley tells Benson and Rollins that she was just being nice to Greg and that he enjoyed it. She says kids have sex with adults all the time - with their teachers and parents' friends - it's totally normal! The detectives are appalled and Benson arrests her for statutory rape.

Tensley's psychological evaluation reveals she's capable to stand trial; however, Dr. Emily Sopher tells Olivia she suspects Tensley was abused when she was younger. The path from victim to victimizer is very short and could explain Tensley's behavior.

Benson and Rollins meet with Tensley, her mother and her lawyer to determine whether something did happen to her when she was younger. Tensley says she was never raped - it was all part of the business and she did what she had to do. When she was just 13 or 14, she used to go to pool parties thrown by Adam Brubeck, a big-time movie producer. He said he'd get her parts in his films if she slept with him and his friends. She was passed around like a sex toy party favor for years, but doesn't see herself as a victim.

Unfortunately, since she is 24 now, the statute of limitations is up and Barba can't go after Brubeck for the abuse. Tensley is, however, a perpetrator, and Barba has to indict her for what she did to Gregory.

Amaro and Carisi meet with Brody Clark, a teen star in and out of rehab who came up with Tensley. In fact, the two were engaged for a while and they were both at the party when Amber drowned. Brody claims he doesn't know what happened because he was inside during the incident.

When the Benson and Rollins ask Tensley about her friend's death, she refuses to talk and locks herself in the bathroom, where Benson finds her slitting her wrists.

After her suicide attempt, Tensley finally opens up to Olivia about Amber's death. She reveals that she, Amber and Adam were all high on Kix in the pool and Adam told them to take turns on him while he held their heads under water. Tensley went first, but started choking and had to go inside. She tried to get Amber to go with her, but Adam wouldn't let her go. Tensley was like an older sister to Amber, and she feels responsible for her death because she left her alone with Brubeck.

Carisi and Amaro confront Brody about keeping Brubeck's secret. Brody said he had to because Brubeck knew he was gay. Brody was with a guy that night at the party who threatened to destroy him if he ever said a word. That guy was Brubeck's lawyer, Dennis George.

Dennis agrees to cooperate, and gives the detectives flash drives of Brubeck "auditioning" young girls. Brubeck was very clever - in the last nine years, all of his films were shot in states with an age of consent of 16 and a mistake of age defense. He's been gaming the system since Amber died, threading the loophole of legality, state by state. But he did slip up once. They find a DVD labeled "Winnipeg Nights," a movie that was never made but was supposed to shoot in Canada. Only one girl was auditioned, Maude Petersen, so the team heads to Canada to talk to her.

Maude met Adam on Vine, and he came up to Winnipeg, purportedly to audition her - but had no script, no crew and no office. They spent the weekend together in his hotel room, and he said he'd make her a star, but never did.

During interrogation, Brubeck admits to meeting with Maude, but says that since the age of consent in Canada is 16, he's in the clear. However, Benson and Barba prove there never any intention to make a movie called "Winnipeg Nights." Brubeck traveled to Canada with the primary purpose of having sex with someone under the age of 18, which is a federal crime called Sexual Tourism, punishable by up to 30 years in prison. The feds enter and take Brubeck away.

Later, as the team watches Tensley's in-depth interview with Hoda Kotb, Olivia rushes out in a panic - baby Noah is in the hospital! 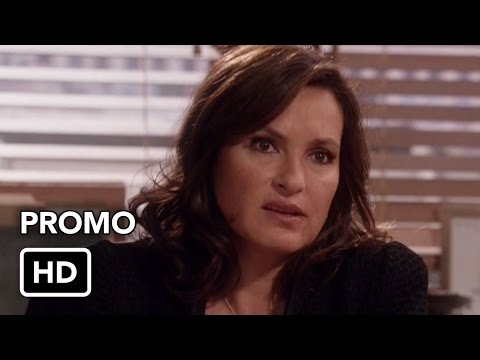