Orion Bay Sportswear holds a press conference to announce they will be renewing the contract of Shakir "The Shark" Wilkins, a recently retired basketball legend with a clothing line called Sharkwear MVP. After the conference, Orion Bay Sportwear CEO Orion Bauer and his daughter Cordelia escort Shakir out, telling Carla, their beautiful young press wrangler, to give Shakir a ride back to his hotel. She balks at the prospect, asking if anyone else can take him, but reluctantly agrees and steps into the elevator with Shakir, Orion and Cordelia. In the elevator, security footage shows Shakir saying something to Carla, followed by her lunging at him, kicking and hitting him repeatedly. When the elevator opens, she runs out, screaming that Shakir isn't a role model; he's a rapist.

At the station, Carla explains her outburst to the squad. Three months earlier, over Memorial Day weekend, Carla drove Shakir back to the city from the summer kickoff in the Hamptons. He invited her to his hotel bar for a nightcap, and the next thing she remembers was waking up in his room, naked and sore. When she told Bauer about the incident, he said no good can come of her pressing charges, and if she kept quiet, he'd give her a $5,000 bonus.

Bauer and Cordelia, who is also his lawyer, are quick to blame Carla, saying she's an unstable employee who made unsupported allegations. Shakir, who is embroiled in a bitter divorce and custody battle, admits he and Carla had a drink at the bar, but claims he never assaulted her. He thinks she is coming after his money.

The squad is debating whether to believe Carla or not, when Rollins gets a text from her old captain in Atlanta. A girl there saw Shakir's story on the news and has come forward, claiming he did the same thing to her. Could Shakir be a serial rapist? Or he is being taken advantage of?

At the Atlanta precinct, Rollins interviews Macie-Lynn Pierce, who says Shakir assaulted her six months ago when she was working as his stylist on an Orion Bay photo shoot. He invited her to his hotel room for a glass of wine, and the next thing she remembered was waking up in his bed, naked and sore. She told Bauer, who once again said no good would come from making a complaint. He did, however, give her a $5,000 bonus.

The squad pulls Orion and Cordelia into the station to get their side of the story. Orion says he didn't take either girl seriously, and ADA Barba explains he's looking at obstruction of justice and bribing witnesses. Orion admits an African American girl, whom he calls a gold digger, came forward. He didn't believe her either.

Rollins and Carisi visit the Sharkware flagship store to speak with Tiana Raines, who says Shakir drugged her and she woke up in the store naked and sore. Her story is the same as the others, except she kept her panties, and there was semen on them as well as the dress she was wearing.

Barba meets with Shakir and his lawyer, Rita Calhoun. Shakir admits he and Tiana once hooked up once in a dressing room after hours. It was right after he lost his marriage and he was in a bad place. He claims he never raped her and the hookup was her idea. He does, however, confess that he may have had consensual sex with the other women as well, but couldn't admit it publicly because of his custody battle.

Benson tells Carla that, despite Tiana's panties, she still needs more evidence to corroborate Carla's story. Carla takes it upon herself to meet up with Shakir on a park bench. He threatens her, saying that if she testifies against him, he'll dredge up all the other athletes she's been with. But Carla has been recording the conversation, and Shakir is arrested. Soon after, Bauer holds a press conference announcing the termination of Shakir's contract, invoking the moral clause.

During the trial, Rollins and Barba prep Tiana to take the stand, but she's annoyed and wants to leave, demanding that they just tell her what to say and she'll say it. She says Bauer only paid her $800, not $5,000 like the two other girls, and if they call him and make it right, maybe she'll remember what happened to her. Rollins and Barba are stunned, but are even more dumbfounded by what she says next: Bauer didn't pay Tiana to keep quiet; he paid her to say Shakir raped her. She'll say whatever Rollins and Barba want on the stand, and even offers sexual services to Barba right then and there... if he pays up.

With this shocking news, the team questions Carla and Macie-Lynn again, but they stick to their stories and say "that black girl" is lying. Orion also denies ever giving Tiana money to claim rape, and then makes a point to tell Cordelia he forgives her for everything right in front of the detectives. Confused, Rollins intercepts Cordelia on her way out to get to the bottom of why her father is mad at her, but she won't talk.

That night, Cordelia confronts her father in his office and say she can't be his lawyer anymore. She knows he did something bad... she just doesn't know what. Bauer says he gave everything to Shakir and after all he's done for him, he repaid him by sleeping with his only daughter. He says Shakir is a bad guy and "screws everything that moves," and he never wanted Cordelia involved with him. Cordelia says she confronted Shakir about his behavior and they were working through it.

That's when Bauer tells her he knows she's pregnant with Shakir's baby. He then goes on a racist tirade, calling African Americans animals, but luckily the conversation is being recorded.

All charges against Shakir are dismissed, but as Benson and the team leave the courtroom, they see Shakir and Cordelia having an emotional conversation in the hallway. He is devastated at the loss of his good name, but hopes that she can forgive him for his philandering and they can raise their baby together. But Cordelia says there's no more baby. After Tiana came forward, she terminated the pregnancy. 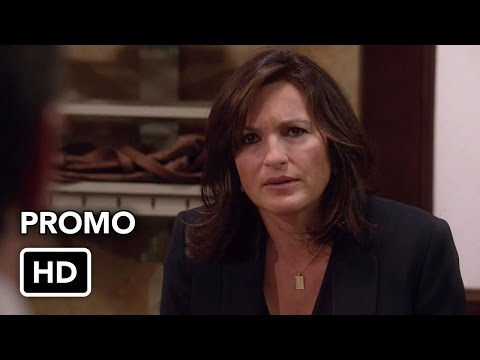