New York City's first Hispanic mayoral candidate with a real shot, Alex Munez, is a man of the people. His political backers exhort the incredible changes Alex will bring to New York's poor. However, trouble brews in Camp Munez when his loyal bodyguard Eddie is accused of attempted rape by his girlfriend Lindsay Anderson.

Alex calls in help from their old mutual friend, ADA Rafael Barba. Fearing foul play, Barba requests Benson give Eddie the benefit of the doubt. He knows Eddie is a good man. In questioning, Eddie claims Lindsay told him she was pregnant and planned to have an abortion, an act with which Eddie, a devout Catholic, couldn't comply. But why was there $2,000 in Eddie's pocket if he wasn't going to pay her?

Benson and Amaro follow up with Lindsay at her apartment, but she alleges the fight regarded playing second fiddle to Eddie's wife. Barba is certain Eddie hasn't seen his ex-wife in three years, so Lindsay's story cannot be true. Questions about Lindsay's past arise when the detectives dig deeper - she has four outstanding orders of protection for exhortation by rich, married men.

Eddie doesn't fit Lindsay's typical target though since he's neither rich nor married. Maybe Eddie was the fall guy for the significantly more powerful and married Alex Munez... When the detectives go to question her, they find Lindsay's apartment empty. Amaro, whom Lindsay had flirted with, friends her on Facebook to discover her whereabouts. The previously unemployed Lindsay is on a plane headed to Tel Aviv for her new assignment as a Labor Party political consultant.

On a hunch, Rollins sets up an "I Heart Alex Munez for Mayor" fan page - within 30 minutes, Alex responds to her advances and asks to move the conversation to a more discreet cheating website. The two of them message sexy pictures back and forth, ending with a picture of Alex's penis.

Horrified at his friend's behavior, Barba confronts Alex, which is technically illegal. Munez denies any wrongdoing, asserting he's been framed by political opposition. When Barba's interaction with Alex comes to light, Amaro accuses Barba of feeling like a sellout to his old barrio friends.

Barba advises his friend Eddie to confess all to the police and save himself from counts of exhortation and witness tampering. Alex no longer helps anyone except himself. In questioning, Eddie tells Benson he handled money deliveries for three women, but there was an unknown fourth named Jodie. Shockingly, Jodie is a 15-year-old high school sophomore who exchanged explicit pictures with Alex.

Officially in sex crime territory, Barba notifies Alex the evidence will be entered into the system as child pornography, but Munez maintains his innocence. He was always the overachiever, and Barba obviously has a personal vendetta against his success. The mayoral candidate lashes out to the media regarding Barba and the NYPD. Was Barba's decision to prosecute Alex completely free of prejudice? 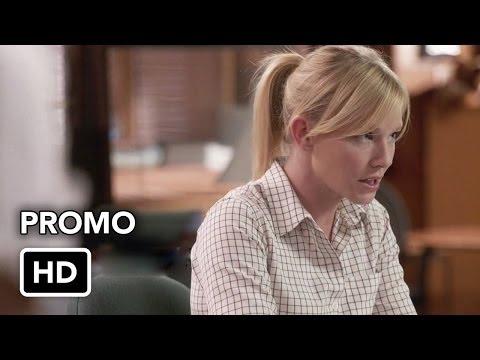