At the end of a shift, Cassidy chats with Mike Groves, a paranoid fellow cop who asks him to hold a key to a safe deposit box on the DL. Seconds later the Feds bust in, subdue Groves and pull him out. Cassidy relays this to Benson at their new apartment - careful to leave out the key part - and Benson shrugs it off until SVU receives a visit from Lt. Tucker in Internal Affairs.

He drops Groves' name as an unhinged whistleblower who accused the 12th Precinct of covering up the rape of one Tonya Jenkins, and he needs SVU to investigate. Despite an inherent distaste for Tucker and IAB as a whole, the SVU squad digs into the old case and piece together that a cabbie called the cops on a very drunk Tonya after she puked in his cab and assaulted him.

The case gets interesting when Tonya blows off Benson and Amaro's interview and Rollins discovers security video from the night in question that confirms two officers dropped Tonya off at her house - and then stayed for twenty minutes. And came back again later. It's looking a lot like sexual assault.

IAB offers Cassidy his badge back for an undercover stint to dredge up info on the two dirty cops, Quinn and West. He agrees and when they send him to the 12th as West's new partner, it's clear from the get-go that this cop likes his women. Not only does he have Cassidy wait outside as he accompanies a drunk and disorderly girl upstairs to her apartment, but when their shift ends West introduces him to a spot where the 12th Precinct unwinds - a secret, officer-only club full of scantily clad escorts.

Cassidy keeps his cool when West insists he partake in the wares - and from what Benson and Amaro can hear over the wire, it sounds like Cassidy enjoyed himself. Benson reminds herself: he's just doing his job. But none of it's enough to pin West on any charges so SVU sets up a honey trap to catch West in the act.

Rollins volunteers to be the drunken prey and her performance outside a club is enough to convince West to drive her home. Just before he seals the deal, he takes a phone call - and suddenly loses interest in Rollins altogether, insisting he and Cassidy leave her be. The change of heart all makes sense in the hallway, though, when Cassidy finds himself looking down the barrel of Quinn's gun. West and Quinn rip off Cassidy's wire and now SVU's in the dark...

Quinn and West rush Cassidy to a pier, calling in fake 911 messages - a total set up. With both their guns trained on his head, the dirty cops demand answers, concerned about intel Cassidy might have from the whistleblower. Before Quinn pulls the trigger, Benson and the SVU team sprint in for the arrest.

Back at the precinct, Tonya finally opens up to Benson and details how West raped her. West, however, lawyers up immediately, forcing the detectives to focus on breaking Quinn for a confession. She proves tough to crack - until Benson prods her about her past as a user and Quinn realizes West manipulated her from the get-go. She agrees to name names - stating that the whole precinct was involved. So how'd she find out about Cassidy?

Tucker answers that one - he told Quinn's superior, deciding it was worth risking Cassidy's life to reveal the precinct's corruption. Pissed, Cassidy tells Tucker to keep his badge and hands him the safe deposit key where he can find evidence that will exonerate Groves.

Once the dust settles, Cragen pulls Benson aside to share some unrelated news: Munch put in for retirement. Her shock lingers until that night, in Cassidy's arms, when they agree that no matter what happened today, they're still here. Together. 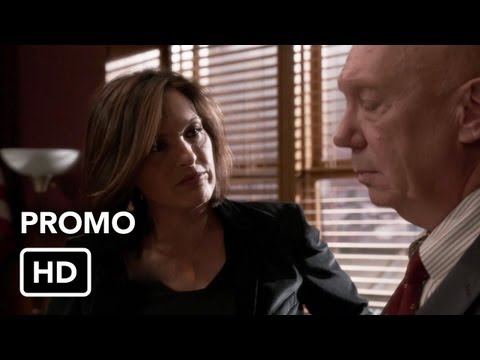