Two high school girls attend a rock n' roll concert with some of their friends. In the midst of the loud, chaotic club, a crowd member pulls Gabby's top down. In seconds, a mob of concertgoers drags Gabby to the ground, tearing off her clothes and sexually assaulting her while the concert continues.

The SVU squad arrives on the scene as Gabby is being wheeled away in an ambulance. The detectives interview Gabby's friends and other attendees, but many have already fled the scene. Benson and Amaro talk to Frank Patterson, a Gulf War veteran who was working security at the concert. Frank says that by the time he realized what was happening, it was too difficult to make his way through the crowd to get to Gabby.

Back at the station, the detectives compile the evidence at their disposal. Numerous pieces of video footage prove unhelpful, and the amount of DNA samples taken from the victim will take months to sort out. They'll have to rely on eyewitness testimonies to build a case. In the hospital, Gabby looks through photos in an attempt to identify her attackers. She fingers the security guard, Frank Patterson.

Amaro and Rollins track Frank to his place of employment, but when they attempt to question him, Frank tries to run. Luckily, he's no match for the detectives. Later, in the interrogation room, Amaro questions Frank about the night Gabby was attacked. Frank explains that he had some kind of psychological episode the night of the attack, and if Gabby said he attacked her, then he must have been involved. Amaro is not so sure, though.

Later, when Frank is being prepared for transport to the local prison, he has another episode. Amaro immediately recognizes the symptoms of Post-Traumatic Stress Disorder. Upon further questioning, Frank explains that the pyrotechnics triggered a flashback and that he thought Gabby was a fallen soldier. Suddenly, Frank's memories begin coming back. He tells Amaro that he saw the person who pulled Gabby's top down and threw her into the melee.

The detectives review the club's security footage and locate a suspect that matches Frank's description perfectly. Amaro and Rollins track down the suspect: Louis, another school friend of Gabby's. Louis confesses that he was part of a prank that some of the kids pulled on Gabby, but it got out of hand. Louis tells Amaro and Fin that Gabby's closest friends, Jake and Brit, were the masterminds behind the prank.

Amaro and Rollins take Frank to the scene of the crime to see if the location will jog his memory. At the empty club, Frank suddenly begins to remember the events of the night in great detail. He tells the detectives that Gabby's best friend, Brit, gave the signal for Louis to pull Gabby's top down, thereby starting the entire chain of events that led to her assault. His testimony is enough for Barba to press charges against Brit, Jake and Gabby's ex-boyfriend.

Later in the courtroom, the trial is underway. Three of Gabby's friends sit behind the defense table while Barba questions Frank on the stand. After Barba finishes, the defense attorney cross-examines Frank. At first, the attorney seems to dismiss Frank's testimony due to his suffering from PTSD, but something the defense attorney says jogs another of Frank's memories. On the stand, he suddenly remembers that he saw someone filming the entire event. Barba asks for a recess so that he can track down the suspect.

Using Frank's description of the cameraman, the detectives track down the brother of one of the accused, who is an active military man. Upon interviewing him, the brother confesses that he filmed the entire "prank." He willingly surrenders the tape, which clearly incriminates the suspects without a doubt. Back in the courtroom, the defendants enter guilty pleas. Afterward, Amaro helps Frank to find treatment for his PTSD at the local Veteran's Affairs Clinic. 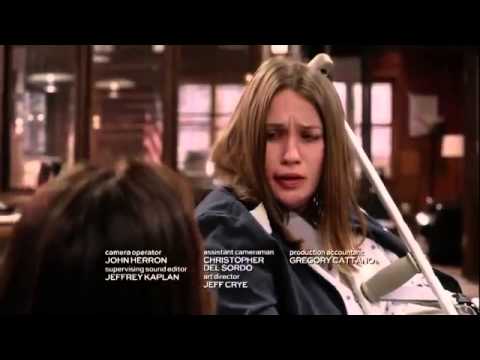