Detective Munch pays a visit from Cold Case to tell the detectives about a 20-year-old unsolved murder case. The key suspect is about to be released from jail in Miami, so Benson and Amaro head to Florida to bring their suspect back to New York for questioning. While in Miami, they run into FBI Agent Dana Lewis, who tells the detectives that their man is also a suspect in three other murders.

Back in New York, Benson briefs the other detectives. Their suspect, Brian Treymore, is suspected of murdering five girls in the late 1980s. Brian traveled with a sports team that puts him in all the right cities at the times of the murders. Agent Lewis asks to sit in on the investigation, since she was the FBI's lead during the original investigation.

Benson and Amaro question Brian about the murders. Brian plays hard-to-get for a while, but eventually he confesses to four of the five murders. No matter how hard Benson and Amaro push, Brian insists that he didn't murder the fifth victim, Kira. Something smells fishy to Amaro; the victim was found under similar circumstances, but her profile doesn't match those of the other victims. Rollins and Munch head to the archives and discover that all of the evidence pertaining to Kira's case is missing.

Meanwhile, Benson and Amaro continue questioning Brian Treymore, but he refuses to confess to Kira's murder. Agent Lewis takes over and eventually coerces Brian into a confession. In the bullpen, Kira's ex-fiance, Noah, shows up to answer some questions. The detectives discover that Noah and Agent Lewis know each other. Agent Lewis explains that she and Noah know each other from college.

Amaro talks to Noah, who explains that Kira doesn't fit the profile of any of Brian's other victims. Amaro discovers that Noah and Agent Lewis dated before Noah met Kira. Amaro's instincts kick in, and he begins to get the feeling that something is not right. He informs Cragen and Benson of his suspicions and tells them that Agent Lewis and Noah dated before Kira's murder.

Fin and Rollins track down the retired detective who originally investigated Kira's murder. The detective says that Kira had everything going for her, and her fiance, Noah, was legitimately heartbroken. He also mentions that Agent Lewis basically took over the investigation from him. Meanwhile, Nick talks with Brian, who decides to recant his confession. He swears again that he did not kill Kira. Amaro begins to suspect that Agent Lewis had something to do with Kira's murder.

Benson and Amaro decide to trick Agent Lewis into an interrogation. They pretend to be waiting for Brian to come into the interrogation room. While they're waiting, Benson begins interviewing Agent Lewis about her involvement in the investigation 20 years ago. Lewis eventually catches on and goes on the defense. Benson catches Lewis in several lies surrounding the investigation and eventually learns that Lewis and Noah were in a serious romantic relationship right before Kira was murdered.

Amaro drops a bomb on the interrogation: Lewis became pregnant when she and Noah were dating in college. Noah convinced her to have an abortion and then promptly left her for the younger, prettier Kira. Within a few months, Kira was pregnant, and she and Noah got engaged. Kira stole Agent Lewis's dream man, so Lewis had a motive.

Eventually, Benson wears Agent Lewis down, and Lewis confesses to murdering Kira, staging the crime scene to frame Brian and manipulating the investigation to cover her tracks. With a solid confession on tape, Cragen interrupts to place Agent Lewis under arrest. Lewis is strangely relieved. 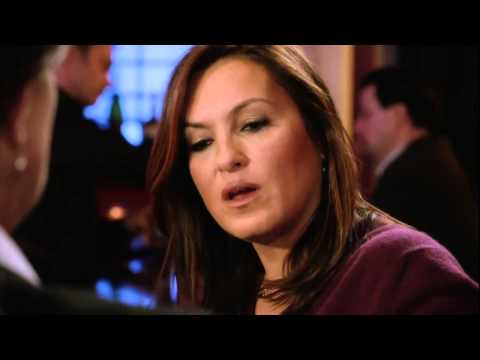