Benson and Finn head to the prison to meet with Reggie, who is reluctant to speak about his experience at the camp. Benson enlists the help of her old friend Counselor Ellis, who specializes in death row cases. Benson pleads the case that Reggie's true motives for murder never came out in trial. Ellis agrees to help Benson with Reggie's case.

A gymnastics coach is brutally assaulted by a janitor in his gym who believes the coach is a pedophile. The janitor is quickly apprehended, and Rollins and Fin discover that the attacker was sexually assaulted at a boys' camp when he was a child. Rollins tracks down a handful of other men who attended the camp as children, and all of them have fallen into lives of crime, suggesting that someone at the camp is assaulting boys and ruining their lives. Cragen gives the detectives permission to investigate.

Benson and Amaro speak with the camp owner, Martin Schultz, who denies any criminal activity at the camp. Benson and Amaro remain suspicious. Still, they have no evidence to make a case against Schultz, unless one of the convicts who attended the camp will talk. They decide to speak to Reggie Rhodes, a former camp attendee who is on death row for brutally murdering a man.

Ellis and Benson meet with Reggie's defense attorney from his original trial 20 years ago. They quickly discover that Reggie's defense was hastily thrown together, and the defense never really made any effort to fight for Reggie's rights during the trial. Ellis is firmly convinced that the case needs revisiting. They visit Reggie in prison and finally get him to open up about being sexually assaulted as a child. Reggie explains that the man he killed was one of the men who assaulted him on numerous occasions.

Ellis takes the case to the parole hearing board to explain to them that important information was omitted from Reggie's trial. Despite Ellis' evidence, the parole board refuses to lower Reggie's sentence from death to life in prison. Ellis investigates and discovers a web of conspiracy behind Reggie's conviction. Ellis takes the case to a judge and convinces her to give him a retrial.

During the retrial, Ellis systematically demonstrates how the prosecution in Reggie's case deliberately withheld evidence from the defense attorney in order to obtain a more serious conviction for Reggie. Furthermore, Ellis demonstrates that Reggie was sexually assaulted by his victim on numerous occasions, a fact that was never even mentioned in Reggie's original trial, and that the prosecution tampered with evidence at the crime scene.

In the end, the judge grants Reggie a stay of execution and lowers his sentence to life in prison. Reggie couldn't be happier. Meanwhile, Rollins, Fin and Amaro procure a search warrant and find questionable VHS tapes that Schultz was busily trying to destroy. They arrest Schultz on the spot and haul him off to prison. 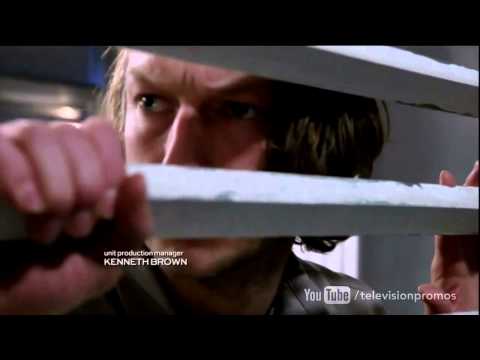