During an assembly, Ella, a 13-year-old student at Blessed Savior Catholic School, faints in the aisle. A worried nun calls for help. Later, Monsignor Kiata arrives at the squad room. He makes small talk with Detective Amaro before telling the gang that Ella is pregnant. Amaro speaks to Ella's grandmother and learns that Ella's mother was not exactly a good role model. Meanwhile, Benson speaks to Ella who claims that she never had sex and that hers is a "miracle" baby.

Benson confirms that Ella is 18 weeks pregnant. Fin and Rollins speak to Ella's father who is completely estranged from Ella. He doesn't even care that she's pregnant. Benson and Amaro speak to Ella's classmates who say that a boy named Arturo has a crush on Ella. Benson and Amaro talk to Arturo. When Amaro asks if Ella has been talking about any older males in her life, Arturo clams up and asks for his inhaler.

Munch, Benson and Amaro speak to Mr. Cordova, a science teacher at Blessed Savior. According to city records, he's been dead for 15 years. Cordova admits his real name is Diego Ramirez, and he's on the sex offender's registry. At 19, he had sex with his girlfriend on prom night two days before her 17th birthday. Later, Benson asks Ella about Cordova. Ella says that Cordova had sex with her, but Benson immediately pokes holes in her story. She asks Ella to be truthful. Benson notices a bouquet with an anonymous note on Ella's desk.

Fin and Rollins speak to Tripp Raines about Ella. He brags about having sex with her before security whisks him into a town car. Later, Benson and Amaro see Ella in a heated argument. When Benson intervenes, Ella cries that she doesn't want to have an abortion. When Benson questions her further, she admits that Tripp raped her at a party at his parents' palatial home. The next day, he sent Ella roses. Benson wants to prosecute but Novak says that Tripp's a minor too, and with his legal team, he'll be off the hook easily. Novak goes so far as to say that Benson pushed Ella too hard because Benson's still angry over Stabler's departure.

Benson and Amaro insist on a conversation with Tripp. Andrew and Kathleen okay it as long as they're present too. But when Andrew goes to Tripp's room, his son is gone. Later, a worried Kathleen comes to the station to say that she's worried about her missing son. Amaro and Benson interview Arturo and his mother. Tripp's last cell phone call was to Arturo, and Arturo's mother worked as Kathleen's housekeeper for many years. It's clear they'd bother cover for the Raines family, but what would they be hiding?

Records show that Tripp's credit card has been used on Christopher Street. Rollins and Fin track down the user, a gay man named Chase who claimed to have found Tripp's card in the Ramble in Central Park, a meeting place for gay men. When the detectives scour Central Park, they find Tripp's dead body. Reporters crowd Andrew Raines when word gets out; they demand to know if his dead son was gay.

Benson and Amaro ask Andrew why they fired Arturo's mother, Inez. Andrew claims it was an immigration issue, and he needs to worry now that he's running for office. Later, Benson and the gang learn that Inez is a citizen. The Raines family gave her a hefty severance and even paid for her co-op. Benson puts the pieces together: Andrew wasn't paying Inez; he was paying child support. Arturo is Andrew's child.

Benson and Amaro talk to Arturo. Arturo admits that he brought Ella to Tripp's party. On Tripp's final night, he asked Arturo to meet him in Central Park and to bring Ella. Once there, Tripp told Ella to have an abortion. Tripp insulted Ella and gave a wad of cash to Arturo. Tripp told Arturo that no matter the cost, he must have Ella get an abortion. Arturo got upset and beat Tripp with a rock until he died. Ella ran off. Crying, Arturo admits that he was jealous that Ella loved Tripp for his status.

Later, Arturo tearfully tells Andrew that he just wanted Andrew to admit he was his father. Kathleen bursts in to tears, realizing that her husband had a son with the housekeeper. 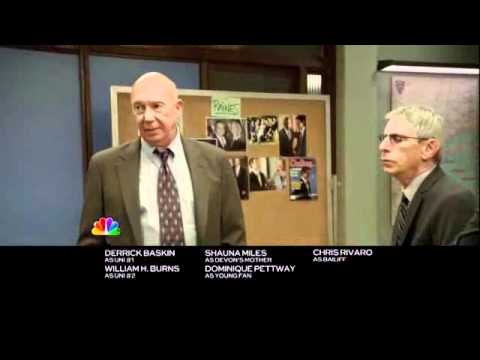