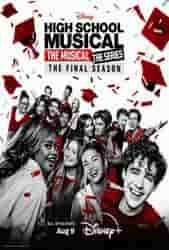 In season two of "High School Musical: The Musical: The Series," the East High Wildcats, who are preparing to perform "Beauty and the Beast" as their spring musical, face off against rival school North High to win a prestigious and cutthroat student theater competition. Wigs are snatched, loyalties are tested, and ballads are belted.

Flying high after the triumph of opening night, Ricky, Nini, Gina, and the Wildcats gather at Ashlyn's for a New Year's Eve party. Miss Jenn runs into the new North High rival theatre teacher – a.k.a her ex-boyfriend - and at the stroke of midnight, shocking revelations come to the surface.