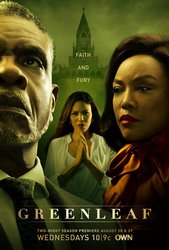 Following the shooting of Memphis police Officer David Nelson, a debate erupts about security at Calvary Fellowship World Ministries. Some want armed guards standing near the church doors, while others, including the bishop, argue for a more peaceful approach. Ultimately, they agree to have Noah's friend present a self-defense seminar to the church administration.

Meanwhile, Grace shows the bishop evidence that Mac has been sexually abusing teenage girls. When Lady Mae unexpectedly stops by the office, Grace is forced to show her the video as well. Lady Mae isn't buying it and wants to hear her brother's side of the story. Later, when she confronts Mac, she finally comes to terms with the hard truth that her brother is guilty, and she agrees to help bring him to justice.

When Jacob finds out about Mac, he and Kerissa start questioning their daughter, Zora, in hopes of figuring out whether Mac ever tried anything on her. Elsewhere, Charity confronts Kevin for being disengaged and always glued to his phone, and Isabel breaks her engagement to Noah after discovering that he slept with Grace.

Finally, at Grace's request, the bishop successfully persuades Mac to delay his vacation. Nonetheless, overwhelmed by wrath, the bishop can't stop himself from grabbing his pistol and marching into Mac's office. Just before the credits roll, the bishop aims the handgun squarely at Mac's chest, his finger quivering over the trigger.