Garcia has been shot, but still alive on the stoop of her building. Though Garcia's heart stops on the table, she pulls through. She answers what questions she can about her date, but the results don't lead anywhere. Meanwhile, her "date," James Colby Baylor actually shows up at the scene the following day, stunned to find out she survived.

Another computer expert, Kevin, works with Garcia's computer to find possible suspects, but an encrypted file on the machine results in Garcia suspended and the team removed from the case. She confesses that she's been encrypting information about the team's movements since her system was hacked last year, but it's against the rules.

Morgan brings Garcia home, but that doesn't stop Baylor from killing a police officer in an attempt to get at her a second time. As she recalls more details about him, Hotch realizes that the man is in law enforcement, and after doing a search, Garcia finds his picture. He went after her because she flagged certain cases in the system as priorities, mainly to ease the minds of the victims' families that she volunteers with. Baylor aka Jason Clark Battle, committed three of the murders in the cases, and then served as first responder to been seen as a hero. He shows up at the BAU to get involved in Garcia's case, but Kevin recognizes him and alerts the team. JJ is the only one with a clear shot, and she takes it, killing Baylor. In the end, Garcia meets Kevin, and she thinks that maybe everything that's happened was for a very good reason. 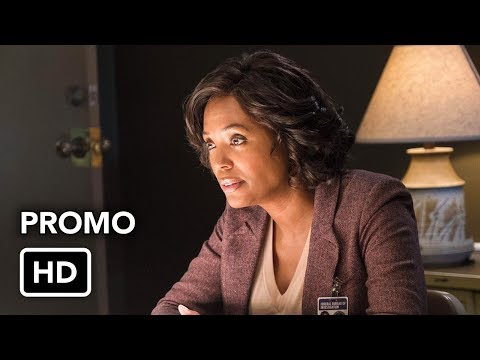