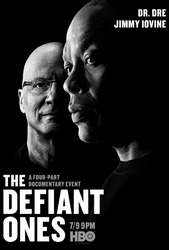 Set amid many of the defining events of the past four decades, The Defiant Ones tells the stories of Jimmy Iovine and Dr. Dre -- one the son of a Brooklyn longshoreman, the other straight out of Compton -- and their improbable partnership and surprising leading roles in a series of transformative events in contemporary culture. From director Allen Hughes (Menace II Society) this revealing, compelling and often-gritty story takes place in recording studios, in humble homes and massive mansions, in criminal courts and in the highest corridors of corporate power.

Hughes shows how decades of defiance and determination helped Jimmy Iovine and Dr. Dre build a few empires, make a series of American dreams come true and transform two American street kids from different tough neighborhoods into a global force to be reckoned with. This epic look at America shows how you can consistently defy conventional wisdom and even logic, and still win big.

The four-part documentary event is told with the help of many of the most notable artists and figures of our time, reflecting Hughes' unfettered access to Iovine, Dre and the remarkable cast of figures who have been a part of their success story. In addition to extensive interviews with Dr. Dre and Jimmy Iovine, who speak frankly about their highs and lows, the show includes interviews with such music icons as Bono, David Geffen, Eminem, Nas, Ice Cube, Gwen Stefani, Jon Landau, Tom Petty, Trent Reznor, Snoop Dogg, Bruce Springsteen and will.i.am. The series also features never-before-seen footage from a multitude of recording and writing sessions with Eazy-E, JJ Fad, Stevie Nicks, N.W.A., Tom Petty, Bruce Springsteen and U2, among others.

Defiant Ones, The Video Gallery

The Defiant Ones (Teaser 'Dr. Dre')

The Defiant Ones (Promo)

The Defiant Ones (First Look Promo)

The Defiant Ones (Teaser 'You Will Never')

The Defiant Ones (Teaser 'Cut To The Chase')

The Defiant Ones (Statement Teaser) 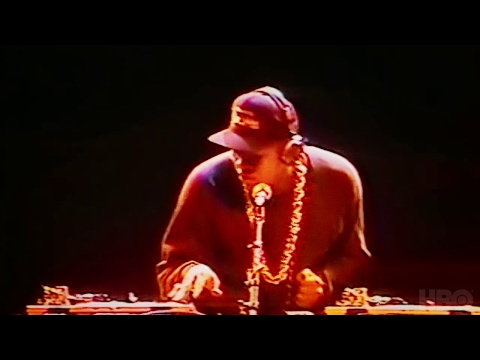