Tyler Perry Paid Cicely Tyson $1M for One-Day Work in 'Why Did I Get Married?'

The 'Madea' star and filmmaker reveals he offered the veteran actress a hefty pay deal to star in his 2007 movie because she hadn't been 'well compensated' early in her career.

AceShowbiz - Tyler Perry once paid the late Cicely Tyson $1 million for just one day of work. The 57-year-old actor "took care" of the veteran actress, who died in February 2021 aged 96, by offering her a hefty pay deal to appear in his movie "Why Did I Get Married?" because she hadn't been "well compensated" early in her career and is thankful he was able to give her "some security" and make her feel "valued."

He told AARP, "I've never said this publicly, but I took care of Ms. Tyson for the last 15 years of her life." He gushed over the late actress, "She was a proud woman, and the only reason I mention this is because she wrote it in her book. This woman had done so many amazing things, but she wasn't well compensated for it."

"She made $6,000 for 'Sounder', you know? I wanted to make sure she knew that there were people who valued her," he continued. "So, she did one day of work on my 2007 film 'Why Did I Get Married?' I paid her a million dollars. I loved working with her. And it makes me feel great that I was in a position to give this incredible woman some security in her latter years."

The "Madea" star is known for his philanthropic work and admitted his drive to help others stems from his mother, who always leant a hand to those who needed it. Speaking about The Perry Foundation, which has given millions of dollars to grassroots charities around the world since he founded it in 2006, Tyler said, "When you've been given a lot, you have to do a lot. And the need is great. I've tried to align myself with people who have the same sensibility when it comes to helping others."

He added, "My mother put it in me. I would wake up in the morning and get out of bed, and I'm stepping on someone who's sleeping on the floor. I'd ask, 'Who's that?' And my mom would say, 'They needed a place to stay.' She didn't have much, but what she did have, she shared. As I do this work, I'm always thinking of her." 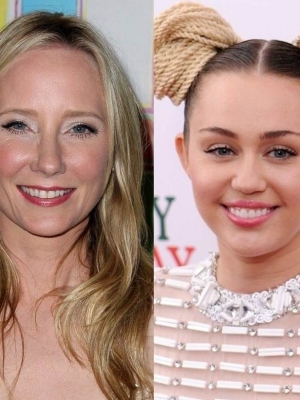