19-year-old Phoebe Gates has been trolled by white and black racist trolls after she shares a picture of her alleged boyfriend, who is black, planting a kiss on her cheek.

AceShowbiz - Bill Gates' teenage daughter is the latest target of online trolls. Phoebe Gates has been facing racist comments after she posted a photo of her and her new boyfriend, who is a black young man.

Taking to her Instagram Story on Wednesday, July 6, the 19-year-old girl shared a picture that saw her leaning in toward her rumored boyfriend, who was kissing her sweetly on the cheek. The unidentified beau appeared to have a pair of binoculars in his hands as he planted a peck on her cheek, while what appeared to be a tent could be seen in the background.

Phoebe's brunette locks hung loosely around her shoulders and she looked to be wrapped up in a brown blanket as she shared a tender moment with her so-called boyfriend, who sported a T-shirt from Drake's fashion line, OVO. Phoebe simply captioned the snapshot with a couple of red heart emojis. 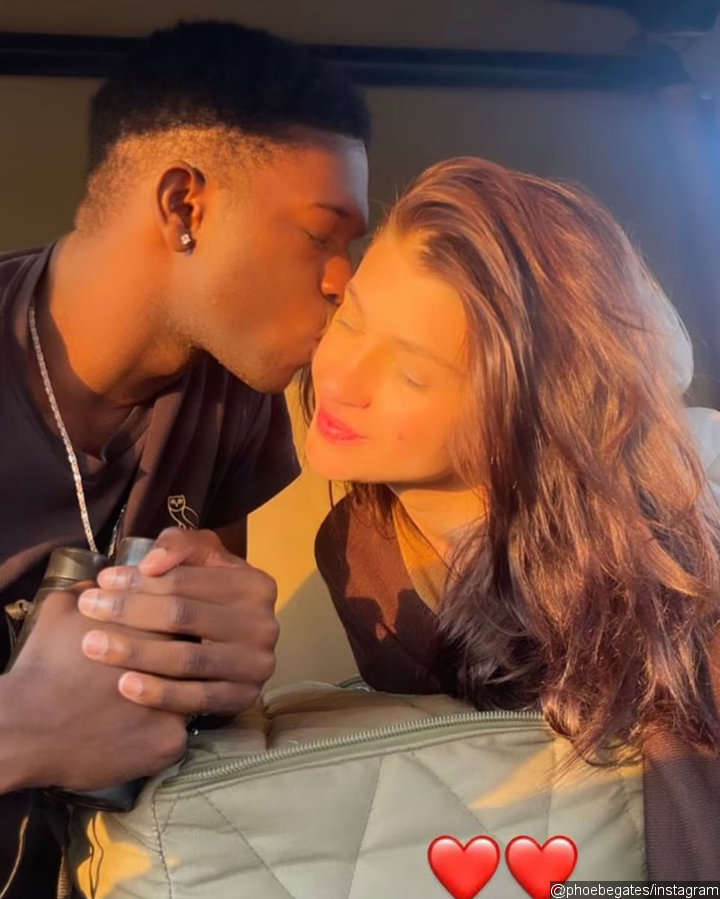 Phoebe Gates shared a photo of her boyfriend kissing her on the cheek on Instagram Story.
Editors' Pick

Despite the innocent nature of the photo, critics were quick to react to the notion that Phoebe might be dating a black man, with many choosing to make crude jokes suggesting that her rumored beau is simply using her for her father's money. One wrote, "Her net worth projected $130 Billion. I don't think he is her equal or they are doing 50/50. Just my guess tho." Another added, "Phoebe Gates has a black boyfriend, young brotha do not pull out … BE GREAT."

"When Phoebe Gates' boyfriend get added to the joint checking acct," one person suggested, while sharing a video of a black man doing a celebratory dance. "Bro become a millionaire in a matter of seconds," another person quipped.

Another claimed the teen's famous father wouldn't be okay with his daughter dating a black man. "Bill gates bout to make a whole new virus just to end this relationship," the said person penned, "Who would've thought that with the ongoing climate crisis Bill Gate's daughter would partake in smoking coal."

Someone else noted, "Now we know why Bill Gates been tellin his kids they ain't gon inherit s**t," referring to Bill's previous revelation that he will not leave the majority of his wealth to his children. The billionaire, who's one of the richest men in the world with an estimated net worth of $123.7 billion, announced at a TED conference in Canada in 2014 that he will instead leave most of his fortune to his family's foundation.