In addition to issuing a dramatic update about her directorial debut, the 'Twilight' actress is yet to land total financing for the film, which is an adaptation of Lidia Yuknavitch;s autobiography.

AceShowbiz - Kristen Stewart has issued a dramatic update about her directorial debut "The Chronology of Water". The "Twilight" actress says she will "die" if she doesn't make it by the end of the year.

The 32-year-old actress is working on "The Chronology of Water", an adaptation of writer and teacher Lidia Yuknavitch's autobiography of the same name, and she has issued a dramatic update about the motion picture. She said, "If I don't make this movie before the end of the year, I'll die."

Despite this, Kristen is yet to land total financing for the film. But she hasn't been spending much time at this year's Cannes Film Festival watching movies, due to her promotional commitments for "Crimes of the Future".

Speaking to IndieWire at this year's spectacle, Kristen said, "To be honest, I prefer links." The "Charlie's Angels" went on stressing, "I have a great projector."

In January, Kristen said the writing for "The Chronology of Water" is "so physical and so fiercely, ragingly female." During an interview with Nicole Kidman, she told her fellow actress, "I've adapted a memoir by a novelist named Lidia Yuknavitch, and we just cast the lead role, which is monumentally relieving."

"I've been alone with this, in this vacuum, and it's so nice to give something to someone, a friend and a partner, and say, 'Help me.' She's the one who's going to have to do it, and it's really hard, so I'm over the moon," Kristen continued. "I talked to someone with a lot of money two days ago, and she seemed excited about the prospect, but I want it to be small."

"I think the best version of it really is. The freezing water that I'm going to throw this girl into, I already feel terrible. It's such a huge ask to invite someone onto this particular thing," Kristen added. "I think you would love it. The writing is so physical and so fiercely, ragingly female."

The synopsis for the book reads, "From the debris of her troubled early life, Lidia Yuknavitch weaves an astonishing tale of survival. It is a life that navigates, and transcends, abuse, addiction, self-destruction and the crushing loss of a stillborn child." It further says, "A kind of memoir that is also a paean to the pursuit of beauty, self-expression, desire, for men and women, and the exhilaration of swimming, The Chronology of Water lays a life bare."

Bob Dylan's 'Blowin' in the Wind' Re-Recording to Sell for Up to $1.25M at Christie's Auction

Kristen Stewart's 'The Chronology of Water' Will Be Really Vulgar 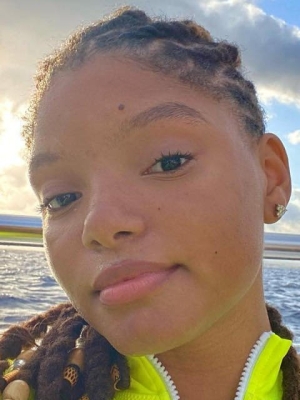